Have not fired a single bullet in 6 days: Jammu and Kashmir Police rubbishes reports of violence in Valley

The Jammu and Kashmir Police and the administration said that people should now believe “fabricated and motivated news”. 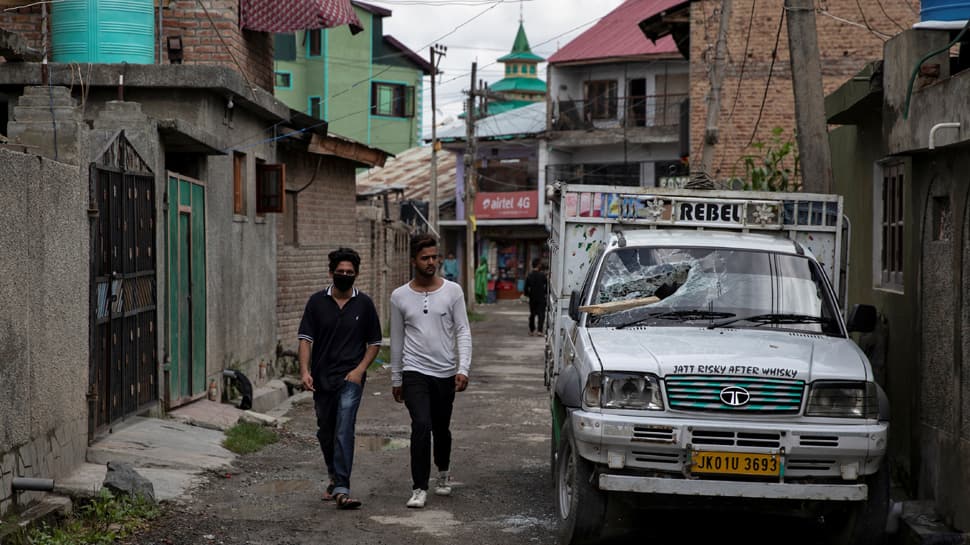 Dismissing reports of violence in the Valley, the Jammu and Kashmir Police has categorically said that “no firing incident has taken place in Kashmir” in the last six days. Releasing a statement in this regard, the J&K Police said that people should now believe “fabricated and motivated news”.

The statement has been released on behalf of the Chief Secretary and the Director General of J&K Police. According to the statement, the police have “not fired a single bullet so far in 6 days”.

“Chief Secretary and DGP Jammu & Kashmir request people not to believe fabricated and motivated news. No firing incident has taken place in Kashmir over 6 days.”

“CS and DGP clarified that people should not believe any mischievous and motivated news regarding firing incidents in the valley. The police have not fired a single bullet so far in 6 days,” reads the statement.

The statement further mentioned that preparations were on in the Valley for Eid celebrations and situation was calm. It reads, “The situation is calm, people are cooperative and restrictions are being relaxed to ease the situation. Srinagar and other towns were full of traffic and people busy with Eid shopping today.”

On Saturday, the Ministry of Home Affairs had also issued a statement, wherein it dismissed reports of over 10,000 people participating in a protest in Srinagar.

According to the Home Ministry, there had been a few stray protests across the state.

“There are media reports claiming there was a protest involving 10,000 people in Srinagar. This is completely fabricated and incorrect. There have been a few stray protests in Srinagar/Baramulla and none involved a crowd of more than 20 people,” read the statement released by the Ministry of Home Affairs.

The reports of violence in the Valley have also been cited by leaders of opposition parties to corner the government. Speaking to mediapersons on Saturday, former Congress chief Rahul Gandhi alleged that the government was hiding the reality from the people of country.