Heat wave intensifies in parts of country, Chandrapur in Maharashtra sizzles at 48 degrees

In Bikaner and Ganganagar, the maximum temperature was recorded at 46.8 degree Celsius and it touched 45 degree Celsius in Jaisalmer, Kota and Barmer. 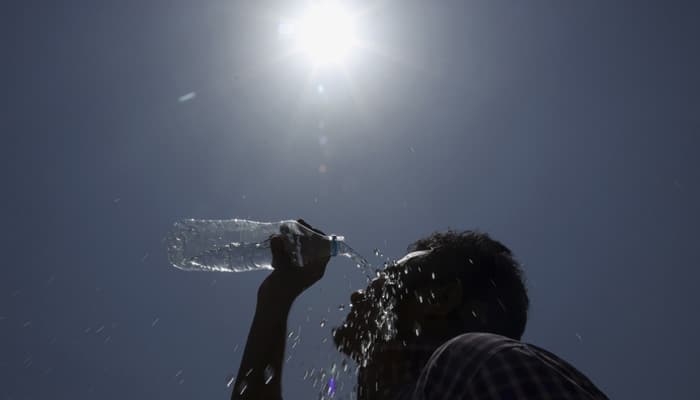 NEW DELHI: Several parts of the country is reeling under blistering heatwave, with the temperature climbing to 48 degrees Celsius, the highest in the world, in Maharashtra's Chandrapur town. An intense heatwave has also gripped several parts of Rajasthan with the mercury touching 47.3 degrees Celsius in Churu, the highest in the season, on Wednesday. The temperature was four degrees above average. The heatwave has affected normal life in parts of western and eastern parts of Rajasthan.

Telangana continued to remain in the grip of a sweltering heatwave with maximum temperature touching 46.3 degrees Celsius in Adilabad district for the second day in a row. The temperature in Nalgonda and Hanamkonda was recorded at 45.8 degree Celsius, while in Hyderabad the mercury touched 41.8 degree Celsius.

In Himachal Pradesh, Una was the hottest at 43 degrees Celsius. The temperature continued to jump across the Jammu region on Wednesday with the mercury touching 42.8 degrees Celsius  -  the highest temperature of the season - in Jammu.

According to Indian Meterological Department, heat wave to severe heat wave conditions would continue over Vidarbha, in some parts of Madhya Pradesh, Telangana, Haryana, Chandigarh and Delhi, Rajasthan, Bihar, Jharkhand, Uttar Pradesh and Odisha over the next 2-3 days.