There was no let up in heatwave conditions in several parts of India even as monsoon hit the Kerala coast Saturday marking the official commencement of the four-month rainy season in the country. 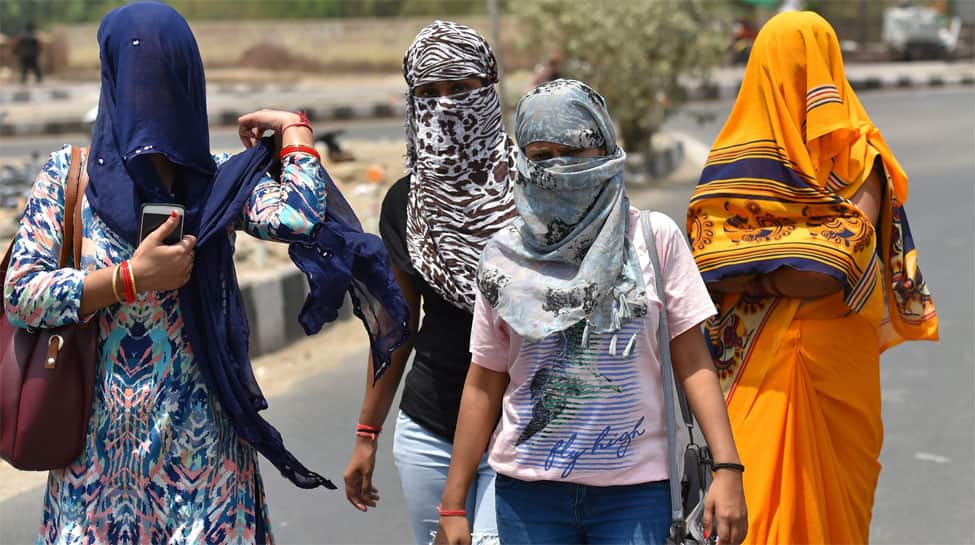 New Delhi: There was no let up in heatwave conditions in several parts of India even as monsoon hit the Kerala coast Saturday marking the official commencement of the four-month rainy season in the country.

The IMD has warned of heatwave conditions in north and western parts of the country and "severe heatwave" in several places Rajasthan, Madhya Pradesh and Maharashtra during the next three days.

The national capital reeled under scorching heat, with high humidity adding to the discomfort of the residents. The weatherman said no relief is expected from the scorching heat for two days. The Safdarjung Observatory recorded the maximum temperature at 42.7 degrees Celsius, three notches above normal, and the minimum temperature at 28 degrees Celsius. Humidity levels oscillated between 22 and 74 per cent, a MeT official said.

On Sunday, the city is expected to record a high of 44 and a low of 29 degrees Celsius.

Heatwave swept large parts of Uttar Pradesh where on late Thursday night a severe dust storm and lightning claimed at least 26 lives and left 57 injured.  There was no respite from scorching heat in Haryana, Punjab with Narnaul being the hottest place in the two states at 45.8 degrees Celsius.

The north Indian plains, central India and parts of south India have been recording temperatures over 45 degrees Celsius.

There was no respite from the heatwave in Jammu with the city recording a maximum temperature of 40.8 degrees Celsius, the meteorological (MeT) department said.

However, Himachal Pradesh may get some relief from scorching heat next week as the weatherman has predicted rain on June 11 and 12.

In a chilling reminder of how rising temperatures can play havoc with an ecosystem, 15 monkeys died of heat stroke in a Madhya Pradesh forest after another group apparently denied them access to river.

Nine Rhesus monkeys were found dead in Joshi Baba area of Punjapura forest range in Dewas district Thursday and another six emaciated bodies were found the next day. Heatwave conditions prevailing over parts of north Gujarat and Saurashtra is likely to continue for the next two days, the India Meteorological Department (IMD) said.

The monsoon hit the Kerala coast after a delay of a week and several parts of the state have started receiving a good amount of rainfall, it said.

The news will augur well for the country as large parts have been witnessing agriculture distress and water levels in reservoirs in the west and south India have dipped to low levels. Temperatures in eastern states of Jharkhand, West Bengal, Odisha and Bihar rose by 1 to 4 degrees Celsius, the IMD said.