As the downpour continued for straight two hours, waterlogging and traffic snarls were observed in various parts of the city. 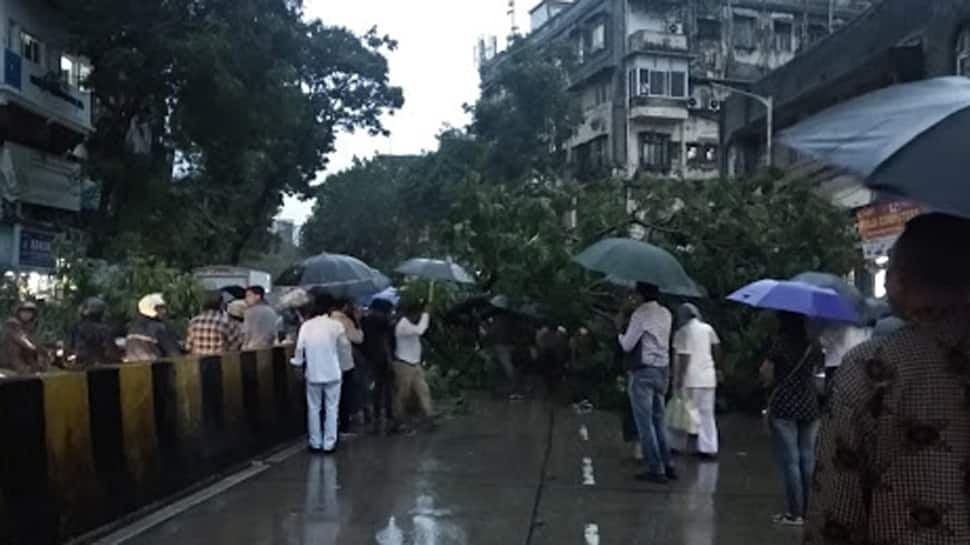 Mumbai: Heavy rain, which lashed Mumbai city and suburbs on Friday, is expected to pour all through the night and continue on Saturday, the Mumbai Police said.

Rains which have been lashing the city continuously since Friday evening caused huge inconvenience to commuters as several local train services including Central line, were either cancelled or delayed. Due to very heavy rains in Kurla-Thane junction and very very heavy rain from Kalyan onwards, water began logging on the railway tracks. As a precautionay measure, the Central Railway officials suspended services from Kalyan to Karjat/Khopoli stations.

The officials further said that they will resume the services as soon as excess water is discharged from the area. The operations on the Western line and Harbour line continued smoothly with minor delays.

As the heavy rain continued to wreak havoc, 17 flights at the Chhatrapati Shivaji International Airport (MIAL) were diverted and several other flights were delayed by an hour on average due to poor visibility.

As the downpour continued for straight two hours, waterlogging and traffic snarls were observed in various parts of the city.

The Western Express Highway from Bandra to Kandivali saw heavy traffic congestion due to the continuous downpour. The service road running along the highway was closed due to waterlogging. Traffic was witnessed on Jogeshwari - Vikhroli Link Road area as water began collecting.

Earlier, the India Meteorological Department (IMD) had also predicted heavy to very heavy rainfall in Mumbai, Thane, and Navi Mumbai for next 24 hours.

Around seven trees in different parts of the city fell due to incessant rain causing further deteriorating of traffic condition.

The Mumbai Police requested the people to not venture in waterlogged areas and maintain distance from the sea.

On Thursday, Mumbai witnessed heavy rain after a week of a dry spell, as southwest monsoon became active in the region after a small break.