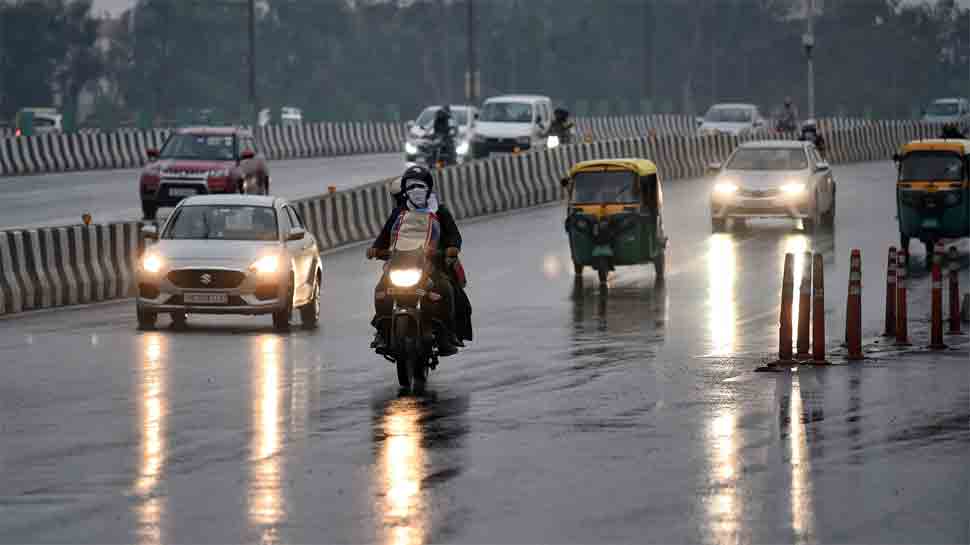 NEW DELHI: The national capital and its suburbs recorded light rainfall on Sunday under the influence of a fresh Western Disturbance, according to the Indian Meteorological Department.

Higher wind speed aided the dispersion of pollutants. The maximum wind speed was around 25 km per hour, IMD officials said.

According to Delhi Fire Service (DFS) chief Atul Garg, the Fire department received over 55 calls of "oil tinged rain" or "oil-like substance in rainwater" from various parts of the city. He said the department received 57 rain-related calls seeking their assistance. "Due to rains, dust and other materials got accumulated on the roads which led to slippery conditions, said Atul Garg, Director, Delhi Fire Service.

"Prima facie, it seems that due to rain, dust, earth and other materials available on the road caused slippage and because of that motorists gave the call," he added.

The calls were made mostly by the motorists who faced difficulties moving ahead as the materials had accumulated along the way, he said.

Unlock 5: Religious places reopen for devotees from today in this state