Heavy rains in Gujarat's Saurashtra; bridge in Junagadh caves in

The India Meteorological Department (IMD) said the monsoon remains vigorous and heavy to very heavy rainfall is likely in parts of Saurashtra and North and South Gujarat in next three days. 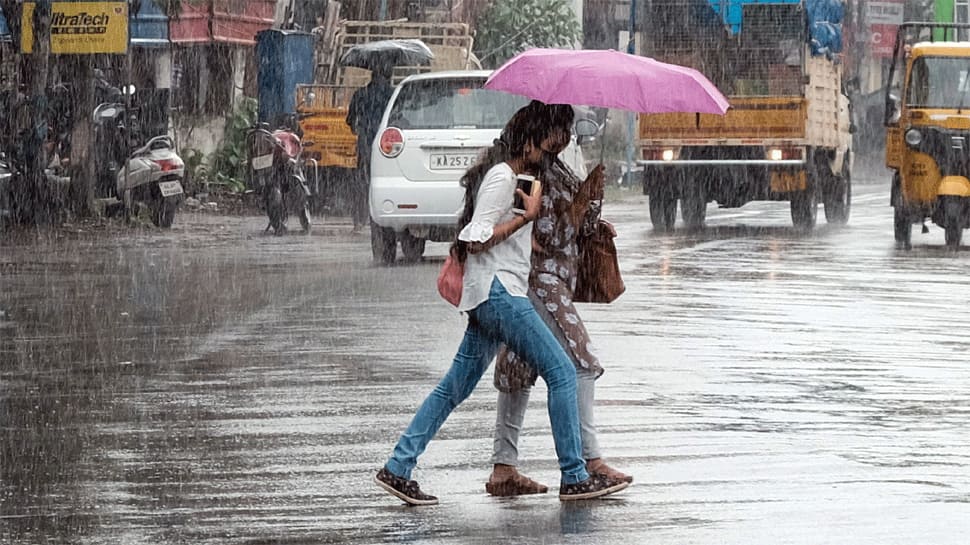 A team of the National Disaster Relief Force (NDRF) was deployed at Khambhalia on Monday to meet rain-related exigencies in the area, they said. A nearly 30-year-old bridge over a river in Junagadh district caved in, a local official said, adding that no one was injured.

The India Meteorological Department (IMD) said the monsoon remains vigorous and heavy to very heavy rainfall is likely in parts of Saurashtra and North and South Gujarat in next three days.

Khambhalia received 487 mm rainfall (extremely heavy) in the 24 hours ending Sunday midnight, the highest for a taluka in a single day during the current monsoon season.

Besides, the talukas of Kalyanpur and Dwarka in the same district also received very heavy rainfall at 355 mm and 272 mm, respectively, during the same period, the State Emergency Operation Centre (SEOC) said.

It alerted the administrations of various districts to remain prepared for any emergency situation. On Monday, Khambhalia received 71 mm rain between 6 am and 2 pm, causing water-logging in many areas there.

Kalavad taluka in Jamnagar district received 146 mm rainfall between 6 am and 2 pm on Monday, Rajkot taluka (in Rajkot district)-86 mm, Paddhari (Rajkot)-77 mm, and Dhrol (Jamnagar)-71 mm during the same period, it said.

A nearly three-decade-old masonry bridge over Sabli river in Keshod taluka of Junagadh caved in after heavy rain on Monday, causing hardships to locals.

Junagadh District Development Officer Praveen Chaudhary said the bridge was constructed in 1991 and was used only by locals.

"The bridge was already old and heavy vehicles were prohibited from plying on it. A warning sign was also placed near it as it was already damaged. Nobody was injured after it caved in," he said.

After heavy rains on Monday, parts of several districts in the Saurashtra region were water-logged, causing inconvenience to residents. Roads and agricultural fields were flooded in many districts due to the rainfall, official said.

Some monsoon rivers in the region were in spate and the Droneshwar dam in Gir Somnath overflowed, they said.

On Sunday, many parts of Saurashtra received heavy to very heavy rainfall, with isolated parts also getting extremely heavy rains, as monsoon remained "vigorous" over the region, IMD's Ahmedabad centre said in a release.

The IMD has forecast heavy to very heavy rainfall over the next three days at isolated places in Devbhoomi Dwarka, other districts in Saurashtra and in parts of North and South Gujarat.