The heavy rains brought down temperatures to 12 degrees Celsius on Thursday night. The weather will continue to remain similar till Friday morning with light showers at several places. 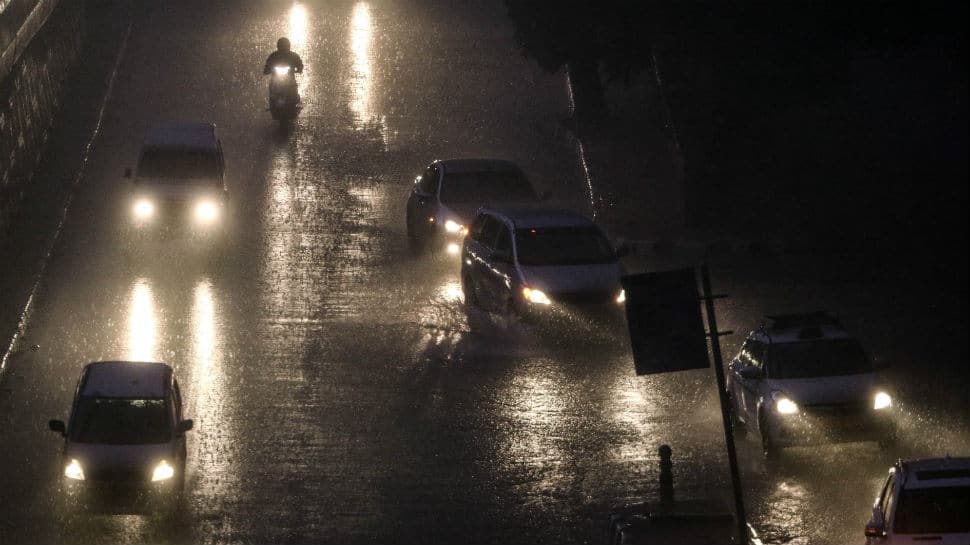 New Delhi: Heavy rains and hailstorm hit Delhi and its adjoining areas - Noida, Ghaziabad and Gurugram - on Thursday night, adding to the winter chill. However, with the rains, the air quality improved fairly in the National Capital Region (NCR). As of Friday morning, the Air Quality Index in Delhi was recorded at 268 ('poor' category), Noida 168 ('moderate') and Gurugram - 157 ('moderate'). The overall AQI in Delhi-NCR was in the 'severe' category prior to the rain.

Since October, people in Delhi-NCR have mostly witnessed 'severe' to 'very poor' to 'moderate' air. The AQI was 'very poor' on most days this month.

The heavy rains brought down temperatures to 12 degrees Celsius on Thursday night. The weather will continue to remain similar till Friday morning with light showers at several places.

The chilly wind, heavy rains and thunderstorms will continue in the national capital.

Some flight operations were also impacted at the Delhi Airport due to heavy rains.

"Widespread rainfall with isolated heavy rainfall/snow accompanied with thunderstorm/hailstorm is very likely over Western Himalayan region during the next 48 hours," a weather bulletin on IMD's website said.

Meanwhile, Shimla and Manali in Himachal Pradesh on Thursday experienced season's first snowfall. Nearby spots of Shimla too were wrapped in a blanket of snow, bringing cheer to tourists.