Heavy rains lashes parts of Maharashtra and is likely to continue for the next few days until October 15. 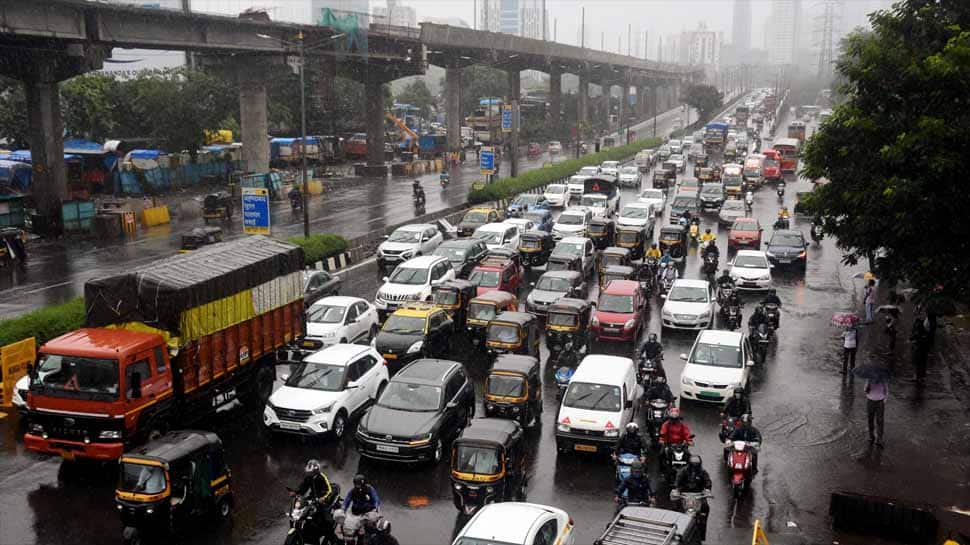 New Delhi: Heavy rains lashes parts of Maharashtra and is likely to continue for the next few days until October 15. The India Meteorological Department (IMD) has also issued a red alert for the entire North Konkan area, including Mumbai and Thane.

The depression has weakened into a well marked low pressure area over south Central Maharashtra on Wednesday evening. The IMD has also warned a deep depression off the east coast of North-eastern Andhra Pradesh that will move westward while maintaining its power for the next five days.

"There is an extremely low-pressure area in the Bay of Bengal and the clouds developed because of it would be hovering on Maharashtra from October 14 to 16," said an IMD official. "It would result into heavy to extremely heavy rainfall over some parts of Maharashtra," he added.

Nowcast: As per latest satellite and radar observations, Mumbai city and suburbs are very likely to experience thunderstorms accompanied with lightning and intense spell of rainfall (2-3 cm/hr) during next 3 -4 hrs. Possibility of occasional gusty winds reaching 30-40kmph.

The IMD has advised fishermen to not venture into East-central Arabian sea along and off south Maharashtra-Goa coast during October 13-15 and Gujarat-Maharashtra coast on October 16 and 17.

In Hyderabad, atleast 15 people died following incessant rainfall in the region while 10 people were killed in rain-related incidents across Andhra Pradesh in the last 48 hours, ANI reported.

Meanwhile, Prime Minister Narendra Modi spoke to Telangana Chief Minister K Chandrashekar Rao and Andhra Pradesh Chief Minister Y S Jagan Mohan Reddy after the two southern states were hit by heavy rains and assured them of all possible support and assistance from the Centre in the rescue-and-relief work.

The Indian Army has joined Telangana in carrying out rescue operations and flood relief and many stranded people have been shifted to safe places in Hyderabad.

"The heavy and incessant rains for the last two days due to depression in Bay of Bengal has resulted in flooding of many residential areas of Hyderabad. Raising to the occasion the Army launched flood relief and rescue columns on October 14, 2020 in Bandlaguda area on requisition by the State Government," a press statement from the Defence Wing of the Government of India read.