The situation is likely to continue till August 20. 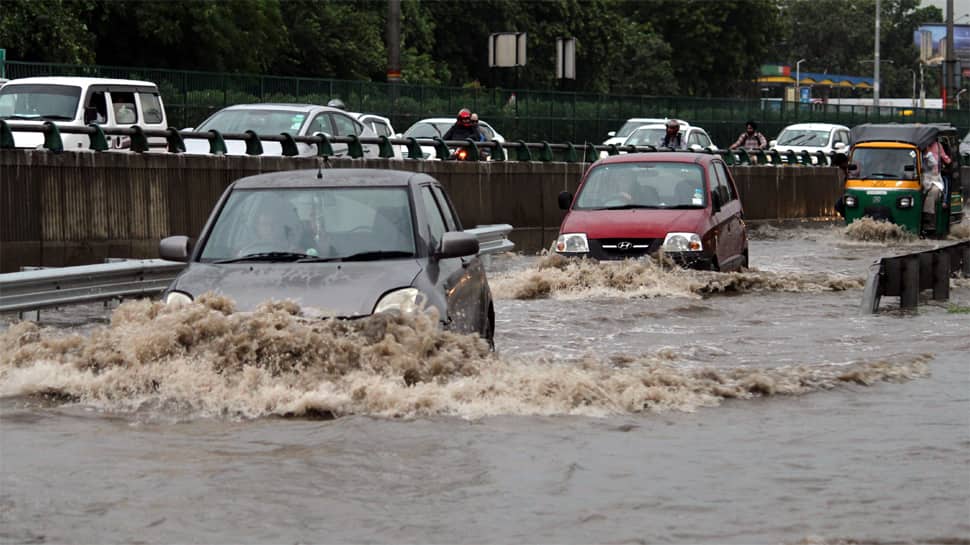 The India Meteorological Department has predicted heavy rainfall activity in several north Indian states including Rajasthan, Madhya Pradesh, Uttar Pradesh, Punjab, Haryana, Chandigarh and Delhi over the next two days. The situation is likely to continue till August 20.

“The monsoon trough remains active with the Well Marked Low Pressure Area lying embedded in it over northeast Rajasthan and adjoining areas of northwest Madhya Pradesh and southwest Uttar Pradesh. The Well Marked Low Pressure Area is very likely to move gradually along the monsoon trough and weaken after 48 hours,” said the IMD in an all India weather forecast statement on Friday.

“Widespread rainfall with isolated heavy to very heavy and extremely heavy falls are very likely” in Rajasthan, Punjab, Haryana, Chandigarh, Delhi, West Uttar Pradesh and western Himalayan region over the next 48 to 72 hours.

Enhanced rainfall activity with “isolated heavy to very heavy rainfall” is likely to lash across sub-Himalayan West Bengal, Sikkim, Assam and Meghalaya during next two to three days.

In Kerala, the death toll in floods mounted to 104 on Thursday afternoon, said the Kerala State Disaster Management Authority (KSDMA). Malappuram remained the most affected district where 43 people have lost their lives so far. Among 14 affected-districts, 17 deaths were reported from Kozhikode, 12 from Wayanad, and 9 from Kannur.According to data, a total of 1,75,373 people are staying at 1,057 rescue and relief camps across the state.

The death toll due floods and rains in Karnataka mounted to 61, said the official data released by Karnataka State Natural Disaster Monitoring Centre (KSNDMC). In the 22 flood battered districts, the maximum deaths have occurred in Belagavi, where 15 were killed.