Several trains were cancelled or diverted following heavy rainfall and landslides in Kerala. 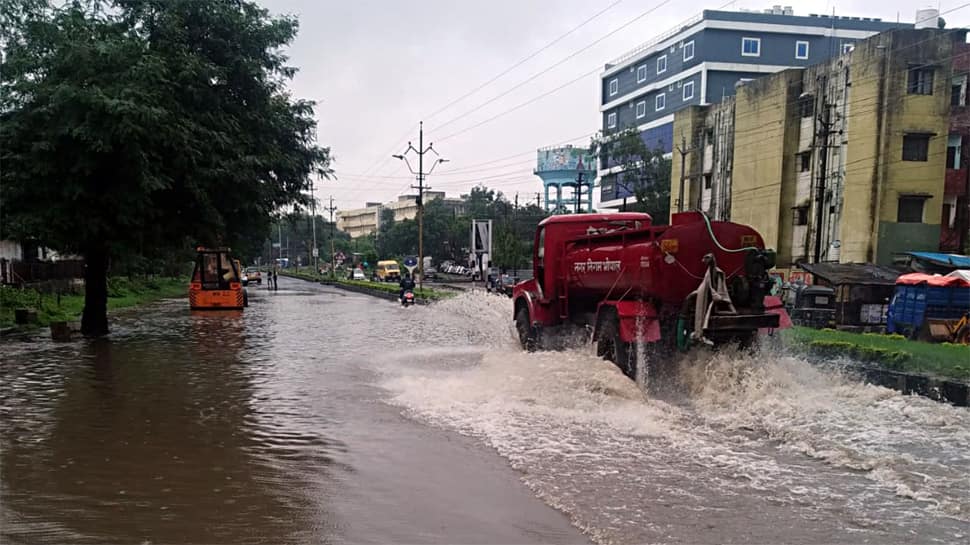 Vehicles move through the waterlogged street after heavy rain, in Bhopal on Saturday. (ANI Photo)
Share:
Written By:

Heavy to very heavy rains are likely to lash several parts of India on Sunday, predicted the India Meterological Department.

“Heavy to very heavy rainfall with extremely heavy falls very likely at isolated places over West Madhya Pradesh,”said the IMD in a release.

Due to heavy downpour, Madhya Pradesh capital Bhopal witnessed water-logging on multiple stretches on Saturday. Commuters were seen stuck due to vehicular traffic and pedestrian movement was also disrupted due to flooded roads. Massive waterlogging was also reported from Khajuraho, which received 100 mm rainfall.

Rescue and relief operations continued in flood-hit Arakot village of Uttarkashi district which saw after two helicopters crashing in the last four days. As many as 1,500 packets of dry food, 50 packets of ration (10 kg of each packet), 2,000 litres of bottled water along with clothes were distributed to the affected people in the village, officials told ANI. The village is facing floods following a cloudburst and heavy rainfall on August 18.