As many as 11 people were killed after a wall collapsed on some shanties in Chembur`s Bharat Nagar area in Mumbai due to a landslide, said National Disaster Response Force (NDRF) on Sunday. 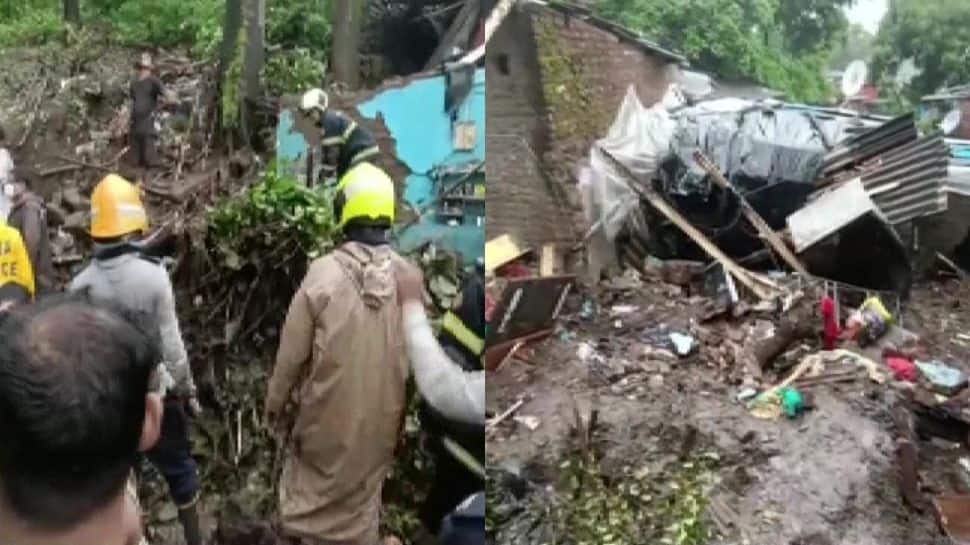 New Delhi: At least 11 people were killed after a wall collapsed on some shanties in Chembur’s Bharat Nagar area in Mumbai due to a landslide on Sunday (July 18, 2021). The National Disaster Response Force (NDRF) officials revealed that the rescue operations for the people trapped are underway. Over 16 people were rescued from the debris of the wall collapse in Chembur, said Mumbai’s fire brigade team.

Maharashtra | 11 people killed after a wall collapse on some shanties in Chembur's Bharat Nagar area due to a landslide, says National Disaster Response Force (NDRF)

Officials have said that the death toll may rise as several people are still feared trapped under the debris.

In another incident, seven people died and two were injured after a house wall collapse at Vashi Naka in Mumbai's Mahul area. A fire official revealed that a retaining wall collapsed at 1 am after a tree fell on it.

Additionally, in Mumbai's Vikhroli suburb three hutment dwellers were killed as five shanties collapsed at 2.30 am after a landslide following incessant overnight rains, a civic official said. Two persons were injured and were sent to a nearby hospital, he said.

Maharashtra: A ground-plus-one residential building collapsed in Mumbai's Vikhroli area in the wee hours of Sunday, killing three people, as per BMC

IMD on Saturday had issued an Orange alert for Mumbai and predicted rains in the city for the next 24 hours.