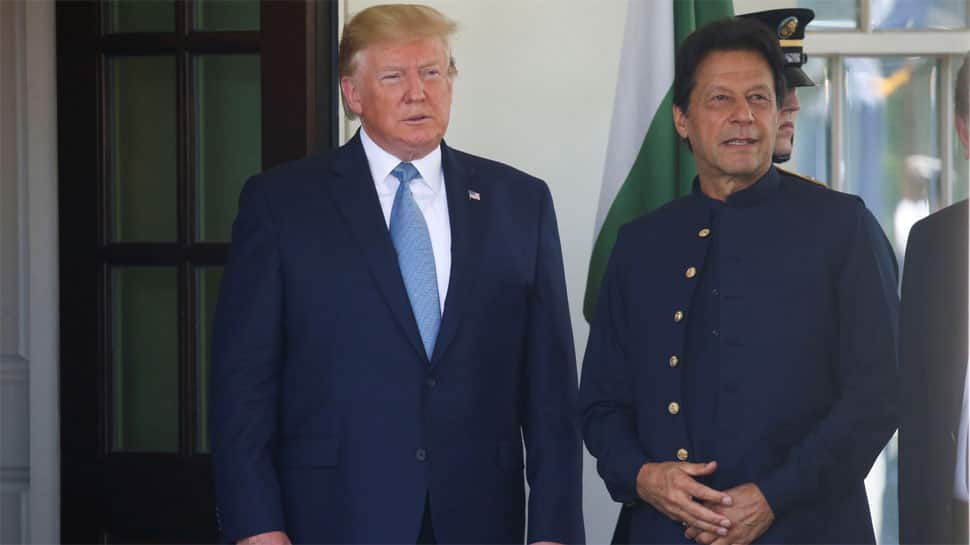 US President Donald Trump's claim that Prime Minister Narendra Modi asked him to “mediate” in the longstanding dispute between Pakistan and India over the Kashmir has kicked a furor. India immediately rejected it, with Foreign Ministry spokesperson Raveesh Kumar strongy denying the claim and asserted that "no such request has been made" by PM Modi.

During Trump's press conference with visiting Pakistan Prime Minister, a journalist asked a question on resolving the Kashmir issue. The US president responded, “So I was with — I was with Prime Minister Modi two weeks ago, and we talked about this subject.  And he actually said, 'Would you like to be a mediator or arbitrator?' I said, 'Where?' He said, 'Kashmir'.”

Trump added, “Because this (Kashmir issue) has been going on for many, many years....” with Imran injecting, “Seventy years.”

“And I think they’d (India and Pakistan) like to see it resolved.  And I think you’d like to see it resolved.  And if I can help, I would love to be a mediator. It shouldn’t be — I mean, it’s impossible to believe two incredible countries that are very, very smart, with very smart leadership, can’t solve a problem like that. But if you want me to mediate or arbitrate, I would be willing to do that,” Trump added.

“It should be resolved. So it — but he asked me the same, so I think there’s something.  So maybe we’ll speak to him or I’ll speak to him, and we’ll see if we can do something because I’ve heard so much about Kashmir.  Such a beautiful name.  It’s supposed to be such a beautiful part of the world.  But right now there’s just bombs all over the place.  They say everywhere you go, you have bombs and it’s a terrible situation.  Been going on for many years.  If I can do anything to help that, let me know,” Trump further said.

Imran Khan confirmed that Pakistan will make a  submission for intervention to third parties to solve the Kashmir issue.

“I will be asking President Trump. He’s — it’s the most powerful country in the world, the United States.  It can play the most important role in bringing peace in the subcontinent. You know, there are over a — over a billion and a quarter people in the subcontinent.  They are held hostage to the issue of Kashmir.  And I feel that only the most powerful state, headed by President Trump, can bring the two countries together,” said Khan.

“From my point, I can tell you, we have tried our best.  We’ve made all overtures to India to start dialogue, resolve our differences through dialogue.  But unfortunately, we haven’t made headways as yet.  But I’m hoping that President Trump would push this process,” he added.

“President (Trump), I can tell you that, right now, you would have the prayers of over a billion people if you can mediate and resolve this issue,” Khan said.

India has rejected Trump's claim on PM Modi seeking mediation to resolve Kashmir issue. "We have seen @POTUS's remarks to the press that he is ready to mediate, if requested by India & Pakistan, on Kashmir issue. No such request has been made by PM @narendramodi to US President. It has been India's consistent position that all outstanding issues with Pakistan are discussed only bilaterally. Any engagement with Pakistan would require an end to cross border terrorism. The Shimla Agreement & the Lahore Declaration provide the basis to resolve all issues between India & Pakistan bilaterally," Foreign Ministry spokesperson Raveesh Kumar said in a series of tweets.