After Tiwari was shot in Lucknow, he shifted to a hospital but later succumbed during the treatment. The Hindu Samaj Party leader was also stabbed. After attacking Tiwari, the accused fled from the spot. 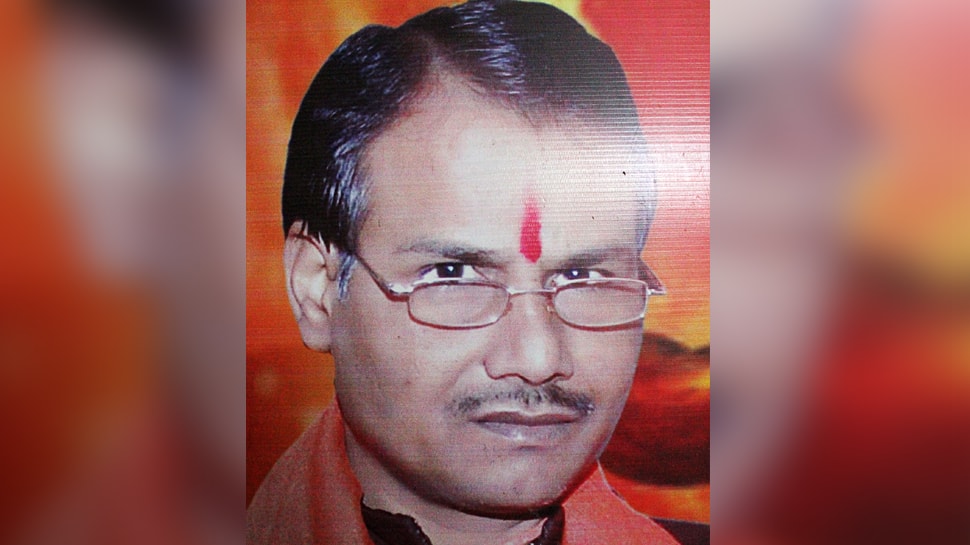 Hours after the murder of Hindu Samaj Party leader Kamlesh Tiwari by unidentified miscreants inside his office in Lucknow on Friday, Uttar Pradesh Home Secretary Avnish Awasthi denied that the killing was related to terror group ISIS. Awasthi told Zee News that Tiwari's murder seemed to be about personal enmity.

Tiwari had earlier warned of life threat by the ISIS.

After Tiwari was shot at in Lucknow, he was shifted to a hospital where he later succumbed to his injuries during the treatment. The Hindu Samaj Party leader was also stabbed. After attacking Tiwari, the accused fled from the spot. Tiwari was shot at Naka area of Lucknow in Uttar Pradesh. According to an eye-witness, the attackers barged into Tiwari`s office and opened fire on him. A revolver was recovered from the crime site by the eye-witness.

Lucknow Senior Superintendent of Police Kalanidhi Naithani said police have initiated a probe and the hunt to nab the culprits is on. The alleged attackers, wearing saffron clothes, were seen entering Tiwari`s office in Khurshid Bagh area on the pretext of handing over a box of sweets. Soon after walking in, the assailants opened the box, took out the firearm and sprayed Tiwari with bullets, stabbed him and fled.

Tiwari, a former Hindu Mahasabha leader, had formed the Hindu Samaj Party in January 2017. Tiwari had earlier served as the president of the Hindu Mahasabha. He had made highly controversial remarks involving Prophet Muhammad. He was arrested and the National Security Act (NSA) was slapped on him. Recently, the Lucknow bench of the Allahabad High Court revoked the NSA against him.

This is the fourth murder of a right-wing leader in October in Uttar Pradesh. On October 8, BJP leader Chaudhary Yashpal Singh was gunned down in a similar manner in Deoband. On October 10, a BJP leader Kabir Tiwari, also a former student leader, was shot dead in Basti which led to student groups going on a rampage and burning down government vehicles. On October 13, BJP corporator Dhara Singh, 47, was gunned down by unidentified assailants in Deoband in Saharanpur.