Ashfaq Shaikh and Moinuddin Pathan are the two prime accused in the case. Kamlesh Tiwari was murdered at his home in Naka Hindola area in Lucknow over a hate speech given by him in 2015. 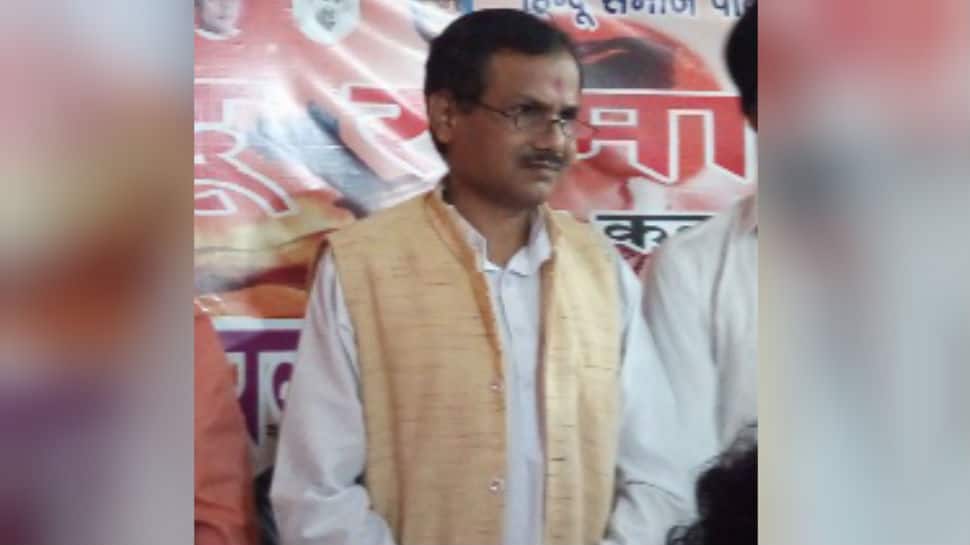 New Delhi: Hindu Samaj Party leader Kamlesh Tiwari's murderers had initially planned to kill him on October 20 at a public function. However, the plan was changed soon after they learnt that the meeting was called off. Hence, they decided to kill Tiwari on October 18, Friday.

Ashfaq Shaikh and Moinuddin Pathan are the two prime accused in the case. Tiwari was murdered at his home in Naka Hindola area in Lucknow over a hate speech given by him in 2015.

A day after Tiwari was murdered, police said that the plan to execute the Hindu Samaj Party leader was made two months ago.

The Gujarat Anti-Terrorism Squad (ATS) on Tuesday arrested Ashfaq Shaikh and Moinuddin Pathan while they were trying to enter the state from Rajasthan. The two are residents of Surat. Shaikh worked as a medical representative, while Pathan worked as a food delivery boy.

The technical team of police was keeping surveillance on the accused and when they tried to contact their family members and friends, their location was traced. The police said the accused contacted their families after they ran out of cash. Both the accused will be handed over to the Uttar Pradesh police who are probing the murder case.

The ATS had arrested three persons in connection with the case a day after the incident.