Referring to this law, the bench said that a marriage which is not valid may be either void or invalid. 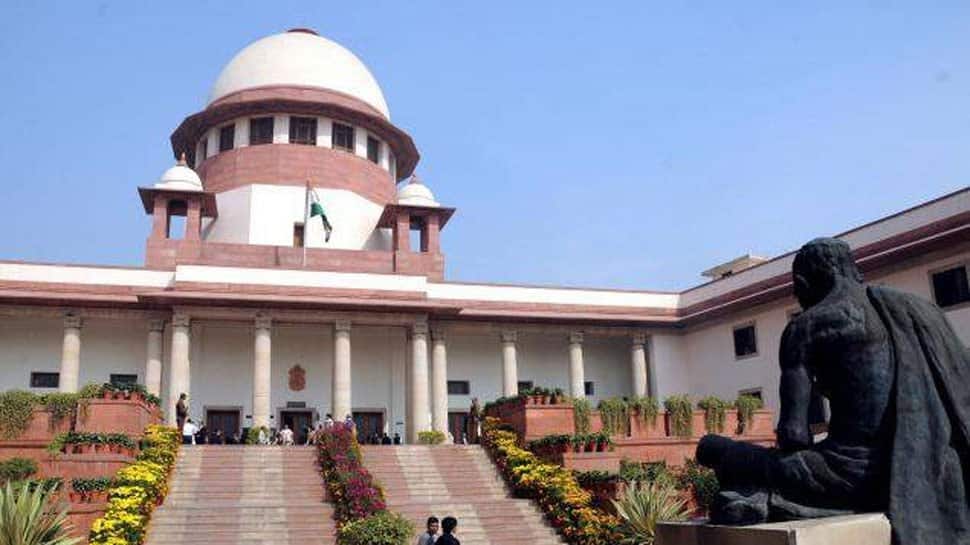 New Delhi: A marriage of a Hindu woman with a Muslim man is not a "regular or valid" but the child born out of such wedlock is legitimate, the Supreme Court on Tuesday held.

It also said that the legal effect of such an irregular marriage is that a wife is entitled to get dower but cannot inherit the husband's property.

The court held that the child born in an irregular marriage is legitimate just like in the case of a valid marriage and is entitled to inherit the property of the father.

A bench of justices N V Ramana and M M Shantanagoudar upheld the order of the Kerala High Court by which it was ruled that the son of a couple - Mohammed Ilias and Valliamma (who was Hindu at the time of marriage) - was legitimate and was entitled for share in his father's property according to law.

"We conclude that the marriage of a Muslim man with an idolater or fire?worshipper is neither a valid nor a void marriage, but is merely an irregular marriage. Any child born out of such wedlock is entitled to claim a share in his father's property," the bench said.

The top court while dismissing the appeal against the high court order said that since Hindus are idol worshippers, which includes worship of physical images or statues through offering of flowers and adornment, it is clear that the marriage of a Hindu woman with a Muslim man is merely an irregular one.

It was hearing a property dispute matter in which Shamsuddin, son of Ilias and Valliamma, claimed share in the ancestral property through inheritance after the death of his father.

The court, on the other hand, said that the effect of a void marriage is that it does not create any civil right or obligations between the parties and the children born out of such wedlock are illegitimate.

The bench said that under Muslim law, a marriage is not a sacrament but a civil contract and there are three types of marriage - valid, irregular and void.

The court said that high court relied on principles of Islamic law to conclude that such rules do not treat the marriage of a Muslim with a Hindu woman as void, and confers legitimacy upon children born out of such wedlock.

Referring to this law, the bench said that a marriage which is not valid may be either void or invalid.

Shamsuddin's claim over property was opposed by his cousins who alleged that his mother was not the legally wedded wife of Ilias and she was a Hindu by religion at the time of marriage.

They claimed that she had not converted to Islam at the time of her marriage, and thus Shamshuddin being the son of Valliamma, is not entitled to any share in Ilias's property.

The top court said that it was not disputed that Valliamma was the wife of Ilias and contrary to the claims, birth register records maintained by statutory authorities indicate that Shamshuddin was their son.

"On the contrary, he is the legitimate son of Mohammed Ilias, and consequently is entitled to inherit the shares claimed in the estate of his father," it said.

It said that it was also not denied that Ilias and Valliamma were living together as husband and wife at Thiruvananthapuram.

"Under these circumstances, in our considered opinion, the trial court and the high court were justified in concluding, based on the preponderance of probabilities, that Valliamma was the legally wedded wife of Mohammed Ilias, and the plaintiff (Shamshuddin) was the child born out of the said wedlock," it held.

The bench also upheld the finding of the high court that though Shamshuddin was born out of a 'fasid' (irregular) marriage, he cannot be termed as an illegitimate son of Ilias.