Hirdesh Kumar, a 1999-batch IAS officer of the Jammu and Kashmir cadre, was selected from a panel of names sent by the J&K administration to the EC. 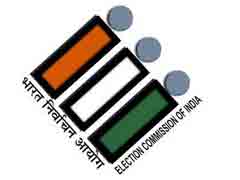 The Election Commission issued a notification announcing the appointment of Hirdesh Kumar and asked the Jammu and Kashmir administration to ensure the new CEO takes charge "immediately".

The inactive 24 seats of the state assembly continue to remain vacant as they fall under Pakistan occupied Kashmir (PoK).

According to the J & K Reorganisation Act, 2019, the number of seats in the Legislative Assembly of Union Territory of Jammu and Kashmir will be increased from 107 to 114, whereas, the Lok Sabha will have five seats from the UT of J & K and Ladakh will have one seat.

The delimitation of the constituencies will be decided by the Election Commission.

The Delimitation Commission is established to redraw the boundaries of various assembly and Lok Sabha constituencies based on a recent census.

Earlier on March 6, the government set up a delimitation commission for reconstitution of the Assembly and Lok Sabha seats of four states and one union territory.

Former Supreme Court judge Ranjana Prakash Desai was appointed as the head of the Commission that will take up delimitation exercise in Jammu and Kashmir, Assam, Arunachal Pradesh, Manipur and Nagaland.