BJP celebrated the passing of the Triple Talaq Bill in Rajya Sabha even as Congress maintained its stand against it. 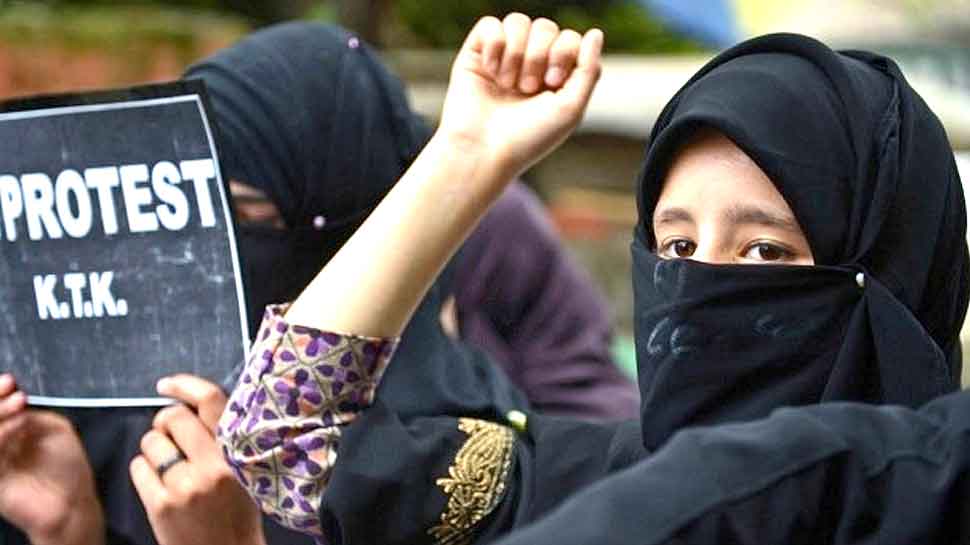 New Delhi: Rajya Sabha on Tuesday passed the Triple Talaq Bill with 99 votes in its favour and 84 against it. While it was a momentous win for the Bharatiya Janata Party (BJP) which championed the passage of the Muslim Women (Protection of Rights on Marriage) Bill in Parliament - Lok Sabha had already passed it last week, Congress reacted sharply against it.

Union law minister RS Prasad was all smiles outside Parliament after the Bill had been passed by the Upper House. "Today is a historic day. Both the Houses have given justice to the Muslim women. This is the beginning of a transforming India," he told reporters. Shortly after, Congress' Raj Babbar walked out and had a contrasting view to offer. "It is a historic mistake. A civil law has been made a criminal law," he told news agency ANI.

The sharply divergent views of the two leaders sums up how both BJP and Congress have regarded the Bill. The BJP has repeatedly maintained that it is committed towards empowering Muslim women, also highlighting how the practice of triple talaq is banned by many Muslim countries as well. Congress and several other opposition parties have, in turn, argued that the BJP is trying to harass Muslim men. In Rajya Sabha on Tuesday, senior Congress leader Ghulam Nabi Azad went to the extent of saying that Muslim men jailed under the proposed law would either commit suicide or become criminals once they come out of prison. The Bill was also opposed by parties like TMC, AIMIM, Samajwadi Party and Bahujan Samaj Party.

In the end though, BJP managed to get the numbers needed to get the Bill passed in Rajya Sabha and Prime Minister Narendra Modi thanked all who voted for it. "I thank all parties and MPs who have supported the passage of The Muslim Women (Protection of Rights on Marriage) Bill, 2019 in both Houses of Parliament. They have risen to the occasion and this step of theirs will forever be remembered in India’s history," he tweeted. "An archaic and medieval practice has finally been confined to the dustbin of history!"