A momentous and historic verdict, another the opening up of borders between two bitter rivals while the third an anniversary of the fall a massive dividing wall. November 9 will now be remembered in the annals of history for three significant reasons - two of them in India while the third thousands of kilometers away in Europe.

November 9, 2019, started with the historic Supreme Court decision in the several decades old Ram Janmabhoomi-Babri Masjid title dispute case and as the day progressed Prime Minister Narendra Modi inaugurated the Kartarpur corridor at Dera Baba Nanak in Gurdaspur, facilitating Indian pilgrims to visit Gurdwara Kartapur Sahib in Pakistan. Pakistani Prime Minister Imran Khan Niazi did the needful across the border in his own country, as Sikhs finally got their demand of passage to visit Gurdwara Kartapur Sahib. The day also marked the 30th anniversary of the fall of Berlin Wall to pave way for the unification of Germany and bring down the curtains on the Iron Curtain.

In its historic judgement, the Supreme Court of India on Saturday directed the Central government to make necessary arrangements for the construction of a Ram Temple in Ayodhya and also ordered it to constitute a Board of Trustees for the same. The court also gave five acres of suitable land to Sunni Waqf Board at a prominent place in Ayodhya.

"Central government shall form in three to four months a scheme for setting up of a trust. They shall make necessary arrangements for the management of trust and construction of the temple," Chief Justice Ranjan Gogoi said while reading the 1045-page judgement in the Ram Janmabhoomi-Babri Masjid case.

A five-judge constitution bench presided by Chief Justice Gogoi and comprising Justices SA Bobde, DY Chandrachud, Ashok Bhushan and S Abdul Nazeer passed the order on a bunch of petitions against an order of the Allahabad High Court, which had trifurcated the site between the parties -- Ram Lalla Virajman, Sunni Central Waqf Board and Nirmohi Akhara.

The seven decade-long legal dispute was fought by Hindu Mahasabha, a sect of Hindu monks Nirmohi Akhara, and Muslim Waqf Board over 2.77 acres of land in Ayodhya.

The dispute has its origin in 1528 when the mosque in Ayodhya was built by Mughal emperor Babur, according to documents produced by Muslim groups in court. But the dispute took a new twist after India's independence in 1949 when Muslim groups accused government officials of conniving with Hindu monks to place an idol of an infant Lord Ram in the grounds of the mosque.

After decades of judicial activity, the case finally reached the apex court of the land in 2011. Finally, the five-judge bench of the Supreme Court through its day-to-day hearings gave its final verdict on November 9, 2019. 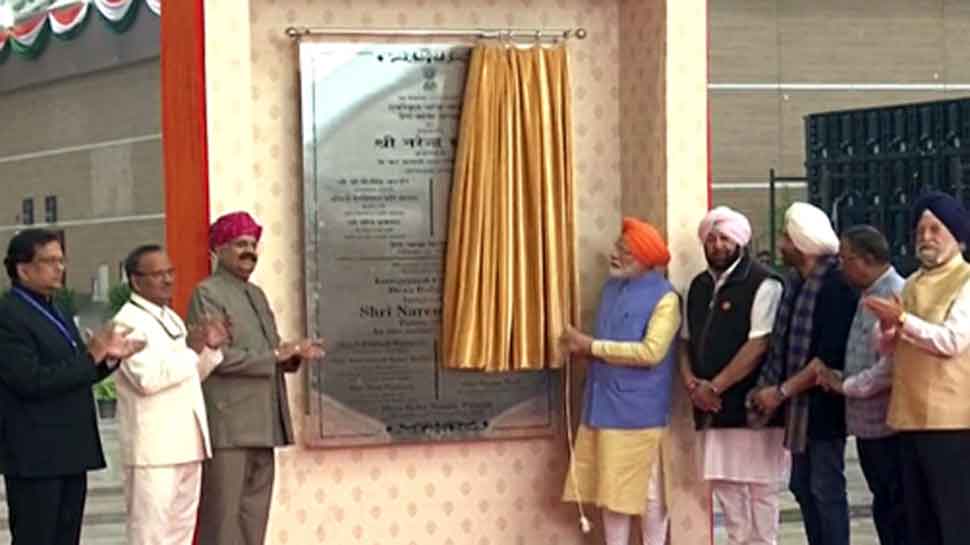 The day will also be remembered for the opening up of the Kartarpur corridor to facilitate Indian pilgrims to visit Gurdwara Kartapur Sahib in Pakistan. Prime Minister Narendra Modi inaugurated the corridor and flagged off the first batch of over 500 Indian pilgrims.

The Prime Minister was accompanied by Punjab Chief Minister Captain Amarinder Singh, Union Ministers Hardeep Singh Puri and Harsimrat Kaur Badal and actor and Gurdaspur lawmaker Sunny Deol at the inauguration. The ICP or the passenger terminal building is where pilgrims will get clearance to travel through the newly-built corridor.

India and Pakistan had on October 24, 2019, signed an agreement on the modalities for operationalising Kartarpur Sahib corridor, paving the way for its inauguration ahead of 550th birth anniversary of Sikh faith founder Guru Nanak Dev.

The Fall of Berlin Wall 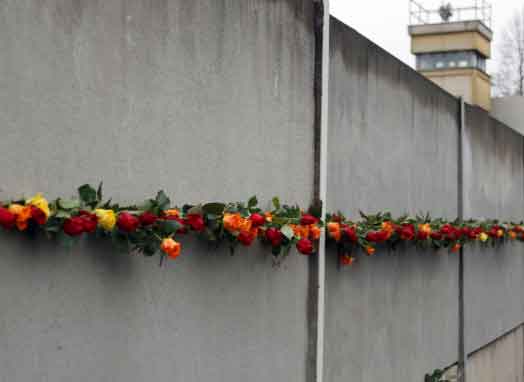 Berlin Wall was a 27-mile long concrete barrier which was one of the most visible symbols of the Iron Curtain which divided the United States of America-led bloc and the another shepherded by the then Union of Soviet Socialist Republic. The wall ran through Berlin from 1961 to 1989, physically and ideologically dividing the city. The construction of the wall was started by the German Democratic Republic (GDR, East Germany) on August 13, 1961.

But things took a dramatic turn in 1989 and the Wall started to come down on November 9 in the same year, signalling the end of Cold War. The "fall of the Berlin Wall" finally resulted in the German reunification on October 3, 1990.