The encounter on Monday took place in Drabgam area of the district when an Army patrol was fired upon by terrorist who lay in ambush. The Army retaliated to the firing. 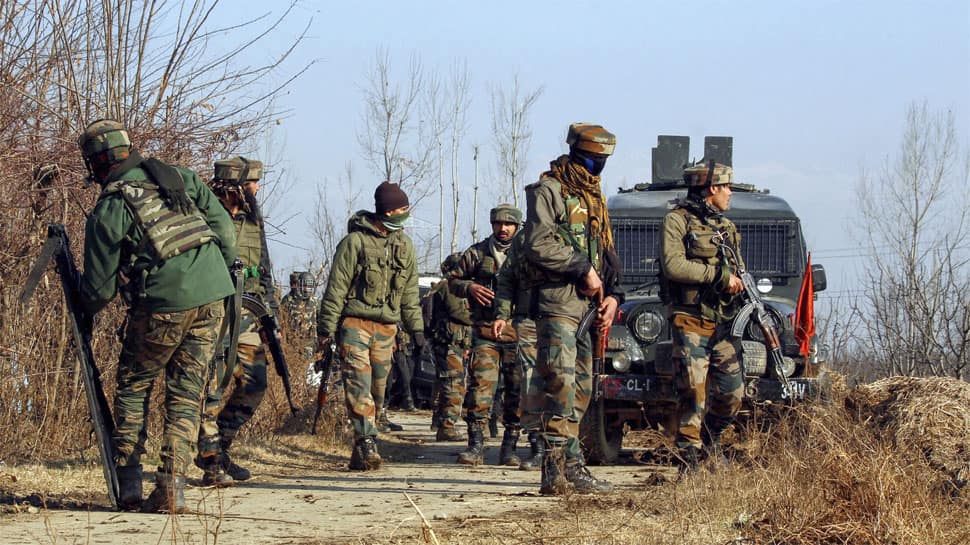 In a major success for security forces, two Hizbul Mujahideen (HM) terrorists were killed in an encounter in Pulwama district of Jammu and Kashmir. The encounter on Monday took place in Drabgam area of the district when an Army patrol was fired upon by terrorist who lay in ambush. The Army retaliated to the firing.

The terrorists have been identified as--Irfan Ahmed Rather (resident of Rajpora's Litter) and Irfan Sheikh (resident of Naira). Rather became active in November 2017 and was a listed as a wanted Categorised HM terrorist. The identification was based on the identity card recovered from the body. On the other hand, Sheikh was a close associate of Riyaz Naikoo. He was active since 2016 and was a classified 'Category A' terrorist.

Sheikh's body was recovered on Tuesday morning, along with weapons. The search operation at the encounter site resumed in the morning.

As per reports, at least 2-3 terrorists were believed to be trapped in the area and it was cordoned off by the security forces.

The encounter began at Pachaar under Pulwama Police Station, when some unknown terrorists fired upon a joint patrolling party of 44 RR, 182/183 Bn CRPF and Police Pulwama.

In another development, the police and security forces, in a joint operation, defused Improvised Explosive Device (IED) in Gasigund, Anantnag.

In Baramulla, the police busted another terror module and arrested one terrorist associate along with three other suspects. Reports said that the terrorists were asked to hurl grenades with an objective to create panic and tension in the area. The detained were questioned by the police at the time of filing of the report.

Earlier on Monday, the Jammu and Kashmir Police arrested a terrorist in Baramulla district and recovered a hand grenade from his possession. A few days ago, an Improvised Explosive Device (IED) containing 25 kg of high explosive was found on the National Highway-11 near Khudwani Bridge in Anantnag district. It was later diffused by an Army Bomb Disposal team.