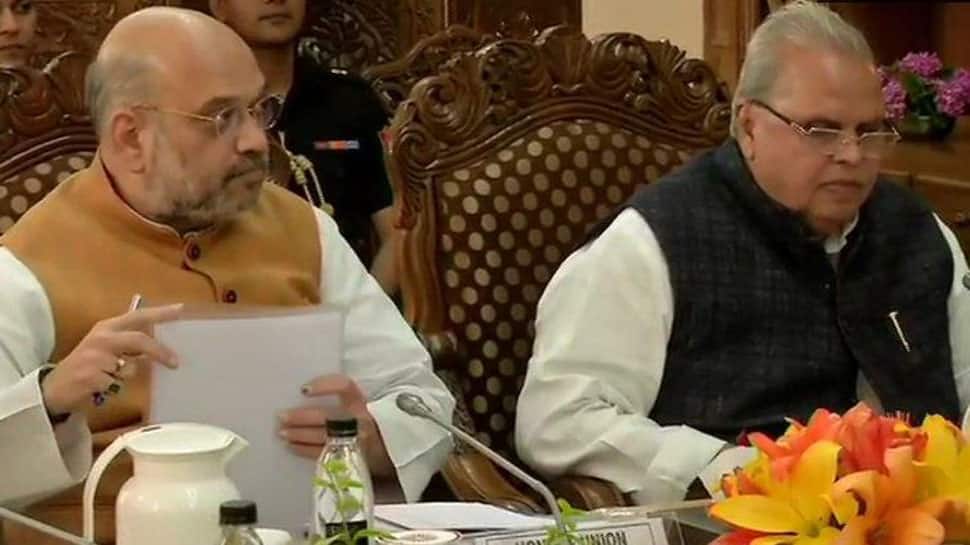 Home Minister Shah also held talks over the security arrangements for Shri Amarnathji Yatra and ordered all security agencies to remain on high alert and take all preventive steps to prevent acts of violence during the annual pilgrimage. During the review meeting, Shah directed the officers to enforce SOPs strictly.

Shah also underlined the importance of the standard operating procedure for movement of security convoys and said that senior officers must ensure the timely dispatch of convoys. He said that barricades should be erected after cut-off time at suitable locations but the security officials must refrain from making any differentiation should be made between Yatris and Tourists. Shah also ordered the security agencies to ensure that all lateral points are being manned round-the-clock.

During the meeting, Shah held detailed discussions on various issues, including acceleration of development initiatives, building of infrastructure, good governance, inclusive growth for all communities and employment generation for the youth.

The Home Minister directed the state government to take steps in order to ensure that poorest of the poor of Jammu and Kashmir should get the benefits of various schemes launched by the Central and State government.

Shah directed the state government officials to enforce the State Public Service Delivery Act strictly and give wide publicity to the services already covered under the Act. He also suggested to brought more services under the ambit of this act. The Home Minister also directed the state officials to strengthen the Anti Corruption Bureau and probe the cases of rampant corruption by powerful people on priority basis.

The Home Minister also told the state officers to remain sensitive towards balanced development of Jammu, Kashmir and Ladakh regions and not neglect any community. Shah said during the meeting that the Advisors, Secretaries and Collectors should supervise the public hearing programs and public hearings should be done at all levels - Village, Tehsil, Sub Division, Division, District and Secretariat.

Clashes between two factions of BJP in Coochbehar district, 12 injured