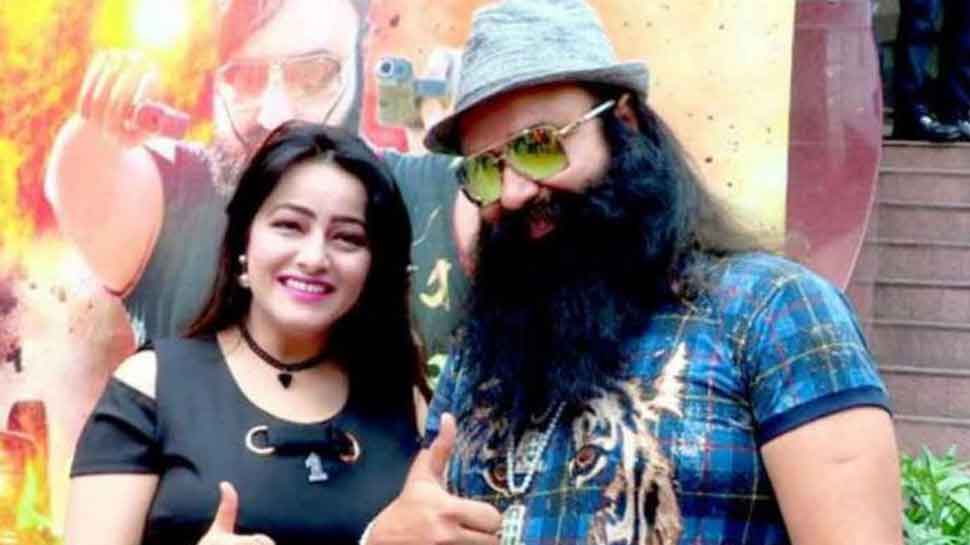 Rohtak: A month after being granted bail, Honeypreet, the adopted daughter of Dera Sacha Sauda chief Gurmeet Ram Rahim, met him at Rohtak's Sunaria jail on Monday (December 9), where he is currently serving a 20-year jail term. The meeting between the two lasted for nearly one and half hour.

This was their first meeting after Honeypreet was released from the Ambala jail.

The violence in Panchkula erupted on August 28, 2017, which had left more than 30 dead and several injured, following the conviction of the Dera chief in rape cases.

According to reports, she made several attempts to meet jailed godman Ram Rahim after she released from the Ambala jail but her requests were repeatedly denied by the authorities.

She was arrested by the Haryana Police on October 3, 2017, for conspiring to incite violence in Panchkula case. The police said in its charge sheet that Honeypreet and the 45-member Dera management committee held a meeting at the Dera headquarters in Sirsa and conspired to spread violence if the verdict goes against Ram Rahim.

The Dera chief was convicted for raping two of his followers at his headquarters in Sirsa. Honeypreet had appeared for the hearing via video conferencing while the other accused in this case were present in the court.