Hoogly: TMC MLA apologises to college professor, day after he was allegedly beaten by student wing of party

The incident occurred at Nabagram Hiralal Paul College in Konnagar near Hooghly on Wednesday when members of the TMC allegedly attacked students and teachers for not saying ‘Mamata Banerjee Zindabad’ and ‘Trinamool Zindabad’. 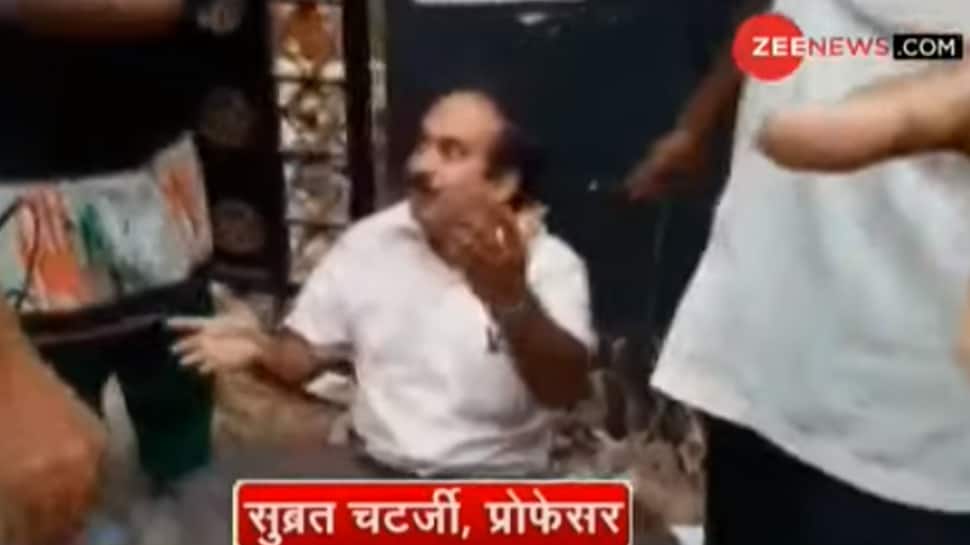 A day after a ruckus at a college in Hoogly district of West Bengal allegedly by the Trinamool Congress (TMC) student wing, Uttarpada party MLA Prabir Ghosal alongwith TMC district president Dilip Jadav on Thursday visited the college and apologised.

The incident occurred at Nabagram Hiralal Paul College in Konnagar near Hooghly on Wednesday when members of the TMC allegedly attacked students and teachers for not saying ‘Mamata Banerjee Zindabad’ and ‘Trinamool Zindabad’. Professor Subrata Chatterjee sustained injuries on his head and face in the attack.

Ghosal met the Principal of the college Dr Hiralal Samanta and Jadav apologised to Chatterjee with folded hands and by touching his feet. Chatterjee lodged a complaint against TMC councillor of Konnagar municipality Tanmoy Deb to the TMC leaders.

They assured of strict action against the perpetrators within 24 hours. The accused Bijoy Sarkar and Sandeep Paul have been arrested.

The authorities have decided to allow students inside the college premises having valid identity cards only.

The professor was quoted by the agency as saying that he would approach the police. He, however, refused to reveal the name of the person who attacked him, saying if he did so, he would not be allowed to enter the campus.

Footage aired by some television channels showed the professor being slapped by a group of people.

Reacting to the incident, Trinamool Congress Chhatra Parishad chief Trinankur Bhattacharya told IANS that he did not know if the student who attacked the teacher belongs to their student union. "I strongly condemn the act and we are inquiring into the matter. The one who is at fault will definitely be punished," he added.