Prime Minister Narendra Modi interacted with Bollywood movie stars and other members of the film and entertainment industry on Saturday evening, when the popularity of Indian movies and the impact of the Chinese movie 'Dying to Survive' became a major talking point. 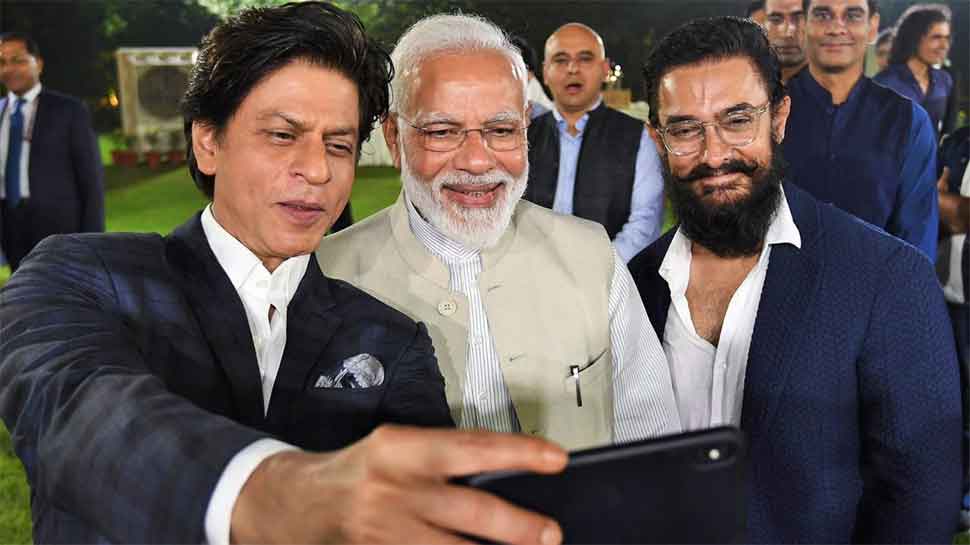 New Delhi: Prime Minister Narendra Modi interacted with Bollywood movie stars and other members of the film and entertainment industry on Saturday evening, when the popularity of Indian movies and the impact of the Chinese movie 'Dying to Survive' became a major talking point.

PM Modi, while interacting with film stars recalled his interaction with Chinese President Xi Jinping in Tamil Nadu's Mahabalipuram and talked about the impact of Chinese movie 'Dying To Survive' in which a Chinese man is able to smuggle low-cost affordable cancer medicines from India that are able to save lives of many Chinese people. The cheap Indian drugs were needed as western patented drugs were not affordable for many commoners.

The film was a hit at the Chinese box office garnering more than $453 million and was among the top three hits of 2018 in the country. The movie is based on a real-life incident involving Yong Lu from Wuxi in Jiangsu province, eastern China who helped many Chinese patients get cheaper medicine for leukaemia from India.

The movie started a major debate in China on the need for low-cost life-saving cancer drugs with even the Chinese Premier Li Keqiang called for the need to "further streamline the registration and approval of new anti-cancer drugs", state news agency Xinhua was quoted as saying.

China imports around $25 billion worth of pharma products of which a minuscule $44 million are imported from India, which New Delhi hopes will change in the nearby future. India has been calling China to allow greater market access for Indian pharma products which can help narrow the $55 billion dollar trade deficit. A number of Indian pharma major such as Ranbaxy, Dr Reddy’s Laboratories, Aurobindo Pharma and Matrix Pharma are present in China.

While 'Dying to Survive' is a Chinese movie, with links to India, Indian Bollywood movies have also been popular in the country and are gaining more popularity in recent times. Many recent Bollywood movies like Three Idiots, Dangal, Secret Superstar, Bajrangi Bhaijan, Hindi Medium, Toilet – Ek Prem Katha and Andhadhun have been super hits at the Chinese box office.

President Xi Jinping had highlighted to PM Modi the popularity of Indian films like Dangal in China during the second India-China informal summit in October in 2019. in Mamallapuram. Both the countries have an agreement for co-producing movies, first of which was on the life of monk Xuan Zang, who visited India in the sixth century.