How Amit Shah decimated all arguments for keeping Article 370 intact

Rajya Sabha passed the Jammu and Kashmir Reorganisation Bill after Amit Shah's earnest speech calling for politicians to unite for the welfare of people in the state. 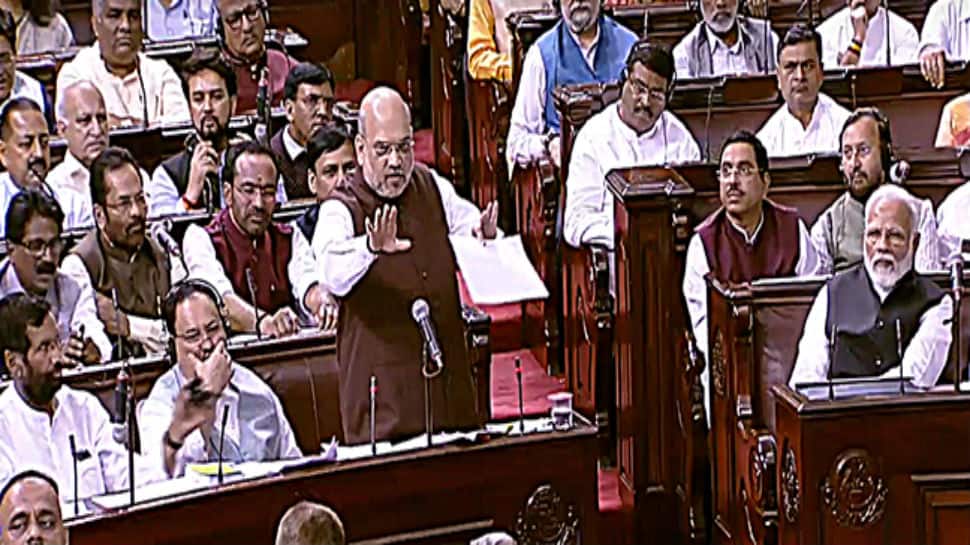 New Delhi: Home Minister Amit Shah made an earnest appeal in Rajya Sabha for politics to be kept on the distant sidelines and for members of the Upper House to come together as one for the people of Jammu and Kashmir. Backing the move to revoke Article 370 in the state, he said that it was the core reason why people here had not had either peace or seen development.

The Centre, earlier in the day, revoked Article 370 by presidential order and paved the way for the integration of Jammu and Kashmir with India in the truest sense. There was a massive uproar in Parliament with political parties like Congress and TMC crying foul. Politicians from Jammu and Kashmir like Mehbooba Mufti of PDP and Omar Abdullah of National Conference also accused the BJP government of betraying Kashmiris. But where there was an outcry, there was support as well. While BJP allies like Shiv Sena and SAD backed the decision, even several opposition parties like AAP, TDP, YSRCP and BSP extended their support. 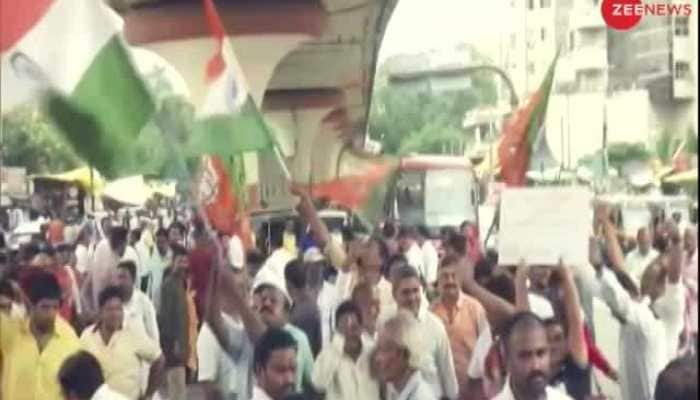 Shah was enthusiastic and poignant in equal measure.

Blaming Article 370 for capping aspirations of people in Jammu and Kashmir, the Home Minister said that it was the major reason for poverty, backwardness, terrorism and other maladies that have plagued the state over the past several decades. "Nothing was gained by the people by Article 370. Instead, there was a lot lost," he said. "Article 370 has ensured a majority of people in J&K remain poor. Corruption has been at its peak here due to Article 370. There was no development, education suffered with children forced to go elsewhere in the country."

Highlighting how educated and trained professionals could never go and settle down Jammu and Kashmir because of Article 370, Shah also said that the people of the state lost out as a result. "I ask, which doctor would want to go and serve the people there, which professor would want to teach there if he does not have the right to vote? Big companies did not wish to go there but can now and create jobs for the people. Small-scale industry can now flourish."

Shah also slammed politicians in J&K for crying foul. "The dream of Article 370 has been shown by politicians of Jammu and Kashmir to the people there. Can they count the number of benefits of Article 370? This was done for selfish reasons of a handful of politicians. Their own children are studying in UK and the US," he said. "It is a mental barrier, it is vote-bank politics which makes some defend Article 370. Nothing bad will happen with its removal."

Home Minister @AmitShah Ji’s speech in the Rajya Sabha was extensive and insightful. It accurately highlighted the monumental injustices of the past and coherently presented our vision for the sisters and brothers of J&K. Do hear. https://t.co/ho7PPzyz5w

Highlighting how terrorism has made a black mark in years gone by, Shah said that more than 40,000 lives won't have been lost had Article 370 been revoked much earlier. He also assured that once the situation returns to normal in Jammu and Kashmir, it would be made a state once again."