How can the possibility of losing rattle one so much: Mohan Bhagwat hits out at Mamata Banerjee over violence in Bengal 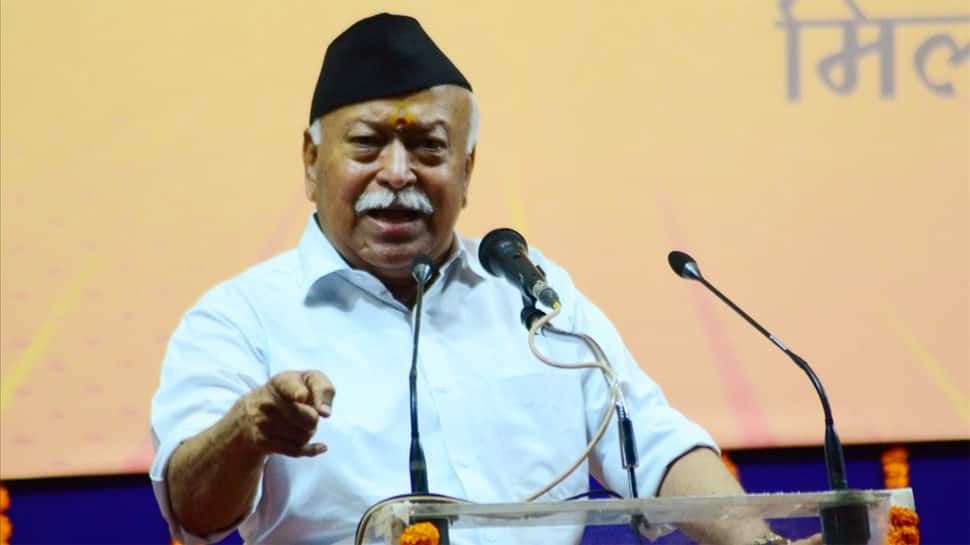 Nagpur: RSS chief Mohan Bhagwat Sunday lamented the 'political violence' in West Bengal and said calling those protesting against such killings as "outsiders" was wrong. He said it is the responsibility of the government to act in the interest of the people and implement law and order through strict action.

Referring to the political killings in West Bengal, Bhagwat said the people who were killed may belong to a certain party, but calling those who protest against such killings as "outsiders" is wrong. He was speaking at the concluding programme of the third year of 'Sangh Shiksha Varg' at Smriti Mandir in Reshimbagh here. A total of 828 trainees from across the country participated in the 25-day training which began on May 23.

West Bengal Chief Minister Mamata Banerjee has often blamed "outsiders" for causing trouble in the state. "Whatever is happening in West Bengal should not happen. It is not happening in other states. If some goons and those with aggressive tendencies are resorting to this, the administration should step in to curb it. It is the duty of the state to implement law and order," Bhagwat said.

"Shall such a king be called a king? In the run-up to elections, some 'neta' (political leaders) tried to divide people while pretending to be working for national integration. But people of India have rejected such tendencies," he said.

"Killings are happening there. Those killed might belong to some party, and the assailants might belong to a party or maybe goons. But to say that outsiders have come to West Bengal and whether they want to live in the state, such language is used," he said.

In an apparent reference to Banerjee, the RSS chief said, the person (there) is not inexperienced who cannot understand that such things should not happen. "That person is experienced, 'tapasvi' and has the experience to fight for justice. How can this possibility of losing chair rattle one so much?," Bhagwat said.

"However, if the winning group in its pride and the losing group due to its loss start indulging in undignified behaviour, then it is a loss for the country. Now, what is happening in Bengal? Does such a thing happen after elections? Are such things happenings in other states?" he said.

In an apparent reference to the construction of Ram temple in Ayodhya, Bhagwat said people of the country have reposed faith in the present government for the promises fulfilled by them in the last five years, although some of them still need to fulfilled. "The Sangh and the society are voters and not contestants. We put in our efforts for 100 per cent voting and we think our efforts are bearing fruits though it may not be 100 per cent," he said.

Bhagwat also opined that the people of the country are learning from every election and voting with maturity for the unity and progress of the country.