Thousands of stranded people have been rescued from flood-affected areas in the country with NDRF teams working overtime to do what they do best - save lives. 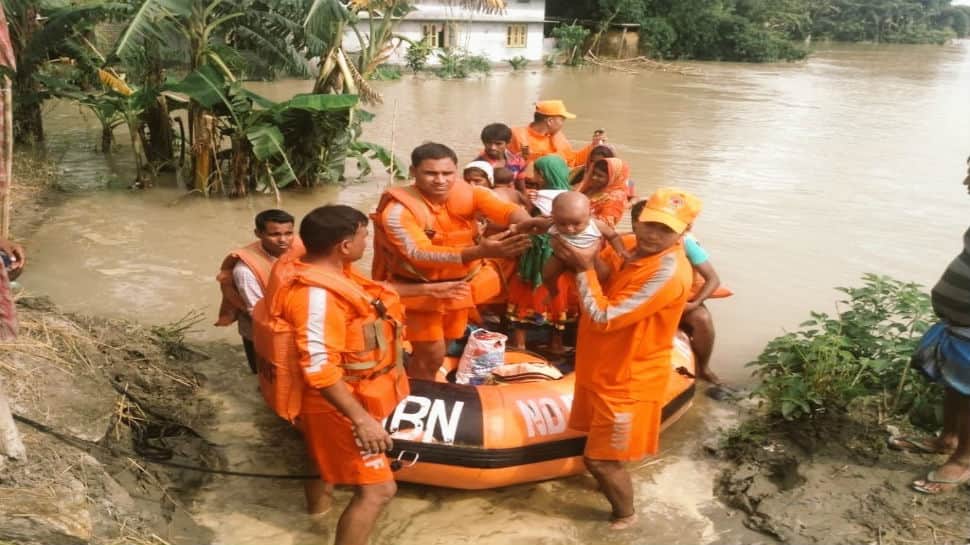 From Maharashtra and Rajasthan to Bihar and Assam, heavy rainfall has caused widespread damage to several areas in many parts of the country with thousands of people looking for help. With landslides, flash floods and gushing water posing a massive threat, valiant teams of the National Disaster Response Force have been working overtime to ensure that common people are rescued and taken to safer grounds - all without an iota of care for their own safety and well being.

Accustomed to going where everyone else wants to escape from, NDRF teams are tasked with carrying out rescue and relief operations across the country. This monsoon season has been a very busy time for these teams with distress calls from many parts of several states. Whether it has been about buildings collapsing in Mumbai or a train stranded near Badlapur, NDRF heroes - often with crucial support from defence forces, local administration and state disaster response teams - have been tasked with the critical responsibility of rescue and relief. Regardless of how arduous the task at hand may be, these teams have shown exemplary courage in ensuring minimal loss of life.

NDRF often is the first at sights where emergency rescue and relief operations need to be taken. Several states have called for help and specifically asked for NDRF teams to be deployed. Formed under the Disaster Management Act, 2005, NDRF's motto - Saving Lives and Beyond, best describes what its personnel do.

This year alone, NDRF has rescued over 11,000 people from flood-affected areas in the country. In the case of the stranded Mahalaxmi Express, NDRF- along with Indian Navy, Army, Air Force, Thane Corporation and locals, rescued 1050 passengers.

The efforts of NDRF and other brave emergency personnel have hardly gone unnoticed with Vice President Venkaiah Naidu, Prime Minister Narendra Modi and Home Minister Amit Shah all praising their determination and courage.