Armed with their mobile phones, tablets and computers, many students have been seen checking the status of their online applications and referring to study-related research materials.

Students around the world regularly log online to get help with their syllabus and for holistic education. Young minds in Jammu are no different from their counterparts anywhere else. In the past few weeks, however, studying online has not been an option as internet services were snapped here to prevent the spread of fake news in the aftermath of Article 370 being scrapped. Not to be bogged down by such setbacks, many children here regularly reached the Jammu station where they made full use of complimentary WiFi services.

Internet and phone connections in the erstwhile state were cut following Article 370's revocation to ensure calm and prevent either misinformation or disinformation. While internet services have since been partially restored in some areas, many students in Jammu were not too perturbed either way. That is because the railway station here provides each person with 30 minutes of complimentary service. Indian Railway has been updating many railway stations in the country with WiFi and this has been of massive help to children in Jammu.

Armed with their mobile phones, tablets and computers, many students have been seen checking the status of their online applications and referring to study-related research materials. Some also downloaded pages for offline viewing later. There were also many who helped family members back home by paying bills online from here. Almost all of them agree that the WiFi at the station has been a blessing. 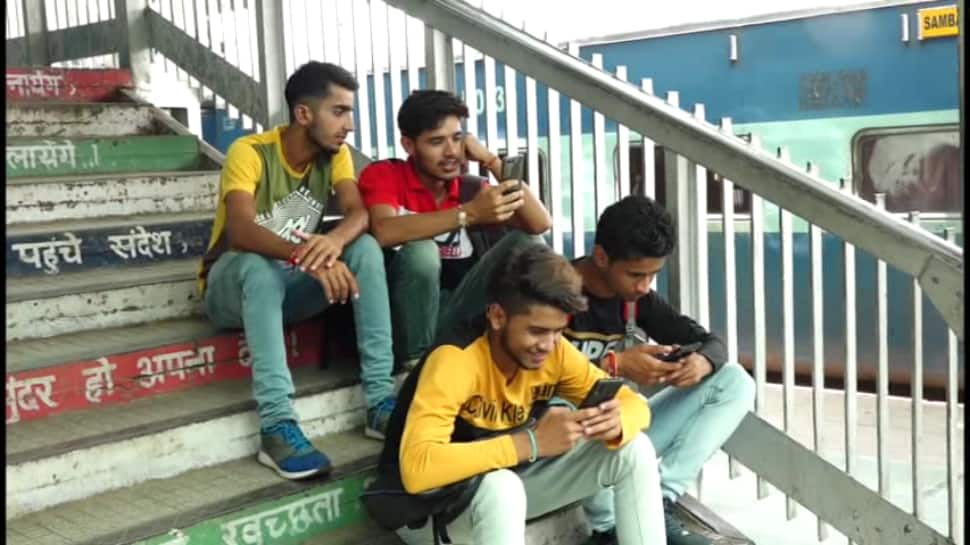 The WiFi services have not just been used by students but by people from all walks of life and most age groups. The Jammu station, quite obviously then, has also seen a higher footfall even if not everyone coming in has been doing so to catch a train.