Liver failure is a condition that also impacts critical functions of the body.

Chennai: Radhesh was just like any other three-year-old kid who enjoyed his time playing with his parents and siblings. However, things totally changed for this Chennai boy in April after he fell ill.

What seemed to be like an ordinary fever actually turned out to be liver-related disease and thus, his condition started deteriorating.

On consulting the doctors at Chennai’s Apollo Hospitals, Radhesh's parents learnt that he was diagnosed with fulminant liver failure, which is otherwise known as sudden catastrophic liver failure. His condition deteriorated within 24 hours of being hospitalised.

His father Varadharaj told WION, "From a state of unconsciousness, he went into a state of coma within two days and he remained in a coma for over a week. Doctors suggested that we go for a liver transplant as that had been the life-saver in earlier cases."

Liver failure is a condition that also impacts critical functions of the body, said Dr Suchitra Ranjt, Chief of Pediatric ICU at Apollo Hospitals. "It has detrimental effects on many organs and functions including the brain, kidney, blood circulation, clotting. These conditions could also further lead to haemorrhage in the brain or lungs," she added.

While the doctors were making all necessary arrangements for a super-urgent cadaveric liver transplant, Radhesh was put on ICU liver support therapy that serves as a bridge to support life until transplant procedure is complete. However, no donor was suitable for the transplant. 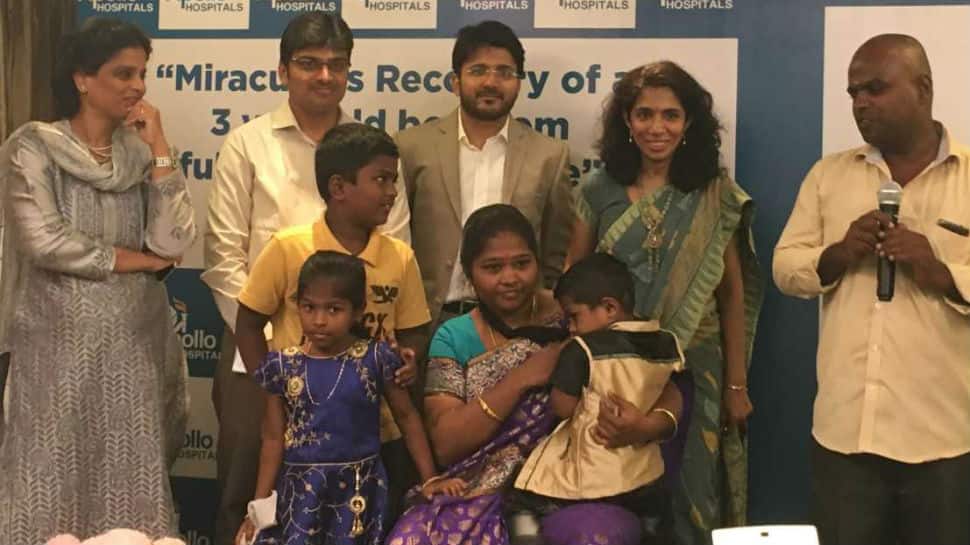 Dr Suchitra Ranjit said, “We placed him on complete life-support by utilising the same high-end technology that is available in the best liver units across the world. He was ventilated, placed on chemically-induced coma, and provided continuous renal replacement therapy (an advanced form of dialysis) and a daily dose of plasma-exchange (blood purification therapy, in addition to continuous brain monitoring and circulatory support.”

Miraculously, six days after his hospitalisation, Radhesh's liver showed tiny signs of recovery and there was a marked decrease in the swellings in the brain and kidney.

Around nine days after his admission into the ICU, he was removed from the ventilator and was taken off life-support technology.

Speaking of his recovery the doctor said, "Over the course of 20 years, we have seen 40-45 children with liver and multiple organ failures, none of them had survived without a liver transplant. But for Radhesh, his liver gradually recovered and he didn’t require a transplant, which is the best possible scenario to survive."

Having little Radhesh seated on his lap, his father Varadharajan said that their family can’t be more delighted as he recovered without any surgical intervention, without even a knife scar on his body.

For now, he has been advised to take rest at home, following which he can begin his schooling.

The cause of liver failure was not ascertained, but the team of doctors who monitored him said that there can be several possible causes. Of which, only about 20 could be diagnosed via tests.

They added that paracetamol overdose is one of the most common causes of liver failure, but it had a higher chance of recovery.

The efforts of the doctors were also augmented by inputs from the director of the King’s College in London, that has done the highest number of liver transplants for adults and kids.