Why was Rahul silent when Madhya Pradesh Chief Minister Kamal Nath spoke against people from UP and Bihar working in that state, asked Smriti Irani. 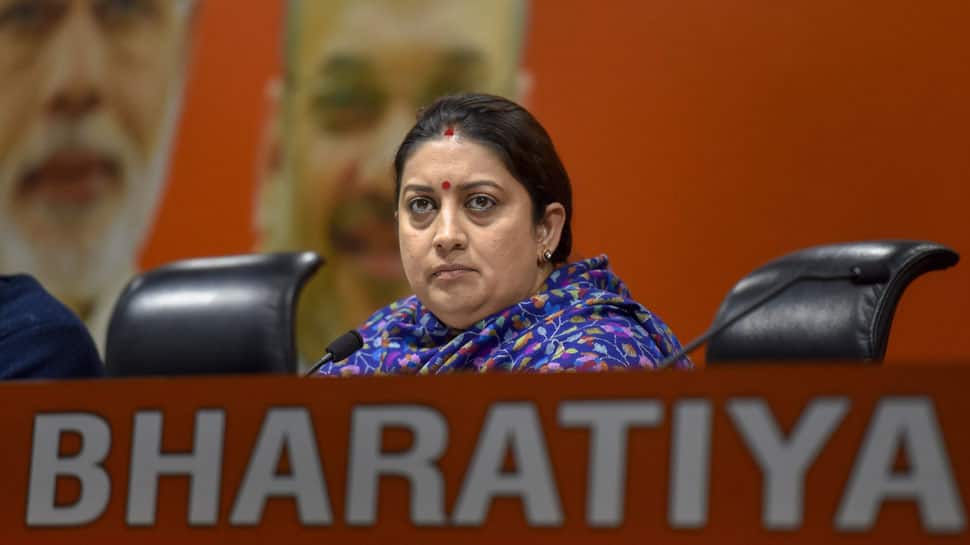 Union Minister and Bharatiya Janata Party (BJP) leader Smriti Irani on Friday lashed out at Congress president Rahul Gandhi for not condemning Madhya Pradesh Chief Minister Kamal Nath over latter’s remark on people of Uttar Pradesh and Bihar taking away jobs from locals in his state. Speaking to mediapersons during his one-day visit to the Lok Sabha constituency of Rahul Gandhi, Smriti Irani asked as to how the Congress chief would “look into the eyes of people of Amethi”.

“Why was Rahul silent when Madhya Pradesh Chief Minister Kamal Nath spoke against people from UP and Bihar working in that state? Rahul Gandhi did not condemn the Congress chief minister in Madhya Pradesh. How will he look into the eyes of people in Amethi today?” said the Union minister who had contested the 2014 Lok Sabha election against Rahul Gandhi in Amethi.

Shortly after swearing in as the Chief Minister of Madhya Pradesh, Kamal Nath had said, “Our schemes of providing incentives of investment will only be imposed after 70% people from Madhya Pradesh get employment. People from other states like Bihar, Uttar Pradesh come here and local people don't get jobs. I have signed file for this.”

Though his remark triggered a political uproar, Kamal Nath remained defiant and said there was nothing new about what he had said. “What is new in what I said? Local people must receive preference. It is everywhere. These (UP and Bihar) are just places,” Kamal Nath had said.

The BJP had targeted his over the remark with party’s general secretary Kailash Vijayvargiya saying, “Kamal Nath was born in Uttar Pradesh and it doesn`t suit him to speak against people of the state where he was born. It is unfortunate that the Congress is indulging in divisive politics seeking to pit one region against the other.”

Notably, the fresh attack by Smriti Irani on Rahul Gandhi came on a day when the Congress chief was slated to go to Amethi for a two-day visit. However, his visit was deferred to January 22-23. No reason was stated for the same.

Smriti Irani set to pin Rahul Gandhi in Amethi, rides on railways and other projects