Watch live streaming of 'Howdy, Modi' event from the NRG Stadium in Texas on Zee News and other platforms. 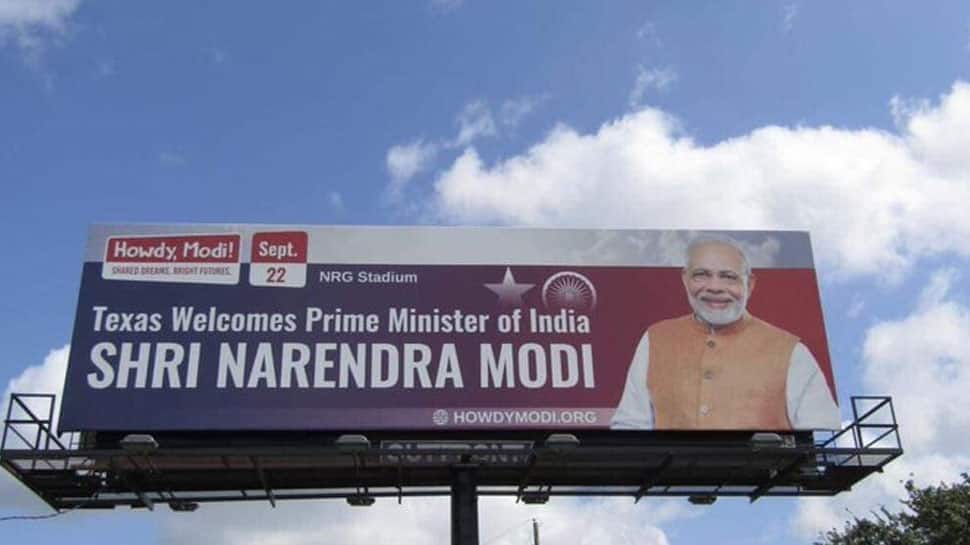 HOUSTON: Prime Minister Narendra Modi will share the stage with US President Donald Trump on Sunday for 'Howdy, Modi!' - a mega event which will be attended by 50,000 people at the NRG Stadium in Texas. The organisers of the 'Howdy, Modi' event - the Texas India Forum - have billed it as the largest-ever turnout for a foreign elected leader on US soil.

"Howdy Houston! It's a bright afternoon here in Houston. Looking forward to a wide range of programmes in this dynamic and energetic city today and tomorrow," tweeted PM Modi, who landed in the US for a week-long visit on Saturday.

The Prime Minister will hold several bilateral meetings and address the United Nations General Assembly, started the day with a round-table of US-based energy companies. Pakistan Prime Minister Imran Khan, who will also speak at the UN, is likely to flag Kashmir again.

Here is how you can watch Howdy, Modi! while sitting in India:

You can watch the live telecast of 'Howdy, Modi' event and other cultural programmes on Zee News.

On Facebook, the viewers can visit the 'Howdy, Modi’ page and watch the live streaming of the three-hour Houston event.

The YouTube channel of the 'Howdy, Modi!' event will be live streaming the PM Modi-Donald Trump event in Houston.

You can stream the event in English, Hindi and Spanish.

On Twitter, the official handle of Prime Minister’s Office (PMO) will be live streaming the Howdy, Modi’ event in Houston.

The 'Howdy, Modi' event has been organised by the Texas India Forum (TIF). The event will be three hours long and will begin at 8:30 pm IST (India time). The three-hour show will see artistes present Indian classical and folk songs and dances, among other numbers.

The 'Howdy, Modi' event will start with a 90-minute cultural programme called 'Woven: The Indian-American Story'. The programme has been prepared to celebrate the contributions the Indian-Americans have made in the United States.