After the protesting students at Jawaharlal Nehru University (JNU) allegedly blocked the HRD Minister Ramesh Pokhriyal at the AICTE auditorium in Delhi's Vasant Kunj for over six hours on Monday, the HRD Ministry said that the minister held "positive talks" with the students and assured them of taking quick action to resolve their problems. 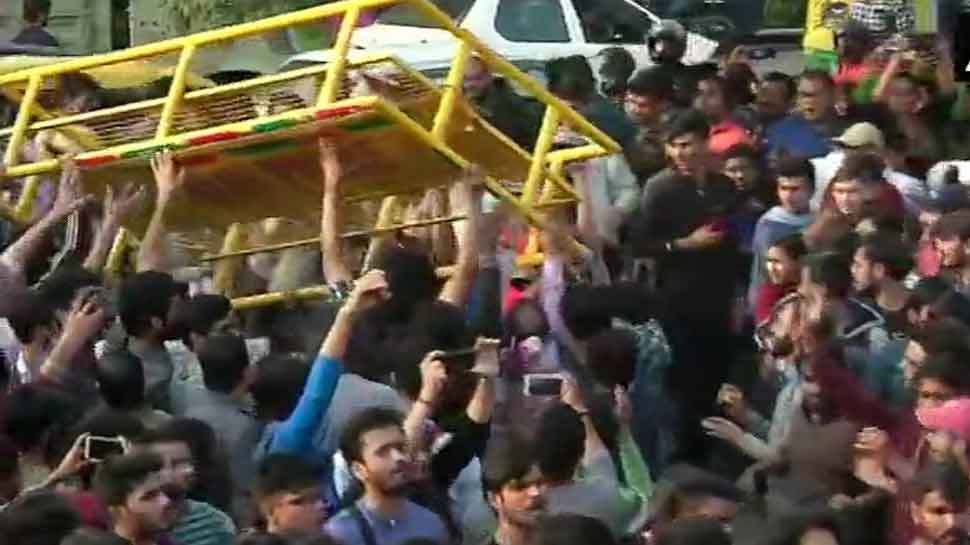 NEW DELHI: After the protesting students at Jawaharlal Nehru University (JNU) allegedly blocked the HRD Minister Ramesh Pokhriyal at the AICTE auditorium in Delhi's Vasant Kunj for over six hours on Monday, the HRD Ministry said that the minister held "positive talks" with the students and assured them of taking quick action to resolve their problems.

This comes as protests carried out by JNU's student union over a plethora of issues turned violent on Monday after the protesting students clashed with the police and security personnel who were deployed at the AICTE auditorium in Vasant Kunj to disperse the crowd.

The JNUSU launched the massive protest on the university's Convocation Day, with Vice President M Venkaiah Naidu present at the venue as the. Union Human Resource Development Minister Ramesh Pokhriyal, and Vice-Chancellor M Jagadesh Kumar who attended the event were blocked inside the auditorium, following which the police requested the students to let him go. The students broke barricades and raised slogans with placards in their hands, and called Vice-Chancellor M Jagadesh Kumar a "thief" over the fee hike by the university. The police are using water cannon to disperse the students.

Monday's protest began from outside the university campus as hundreds of students blocked roads near the campus and raised slogans amid heavy police presence, claiming that Vice-Chancellor Mamidala Jagadesh Kumar has turned down repeated requests to meet them and discuss several matters including fee hike, provisions on dress code and curfew timings. The JNUSU has been on more than a week-long strike against the new hostel manual. Alleging privatisation of the university, the JNUSU asked about the economically deprived students.