"Army is the best job. We want to safeguard the country the way we protect our parents," say the candidates. 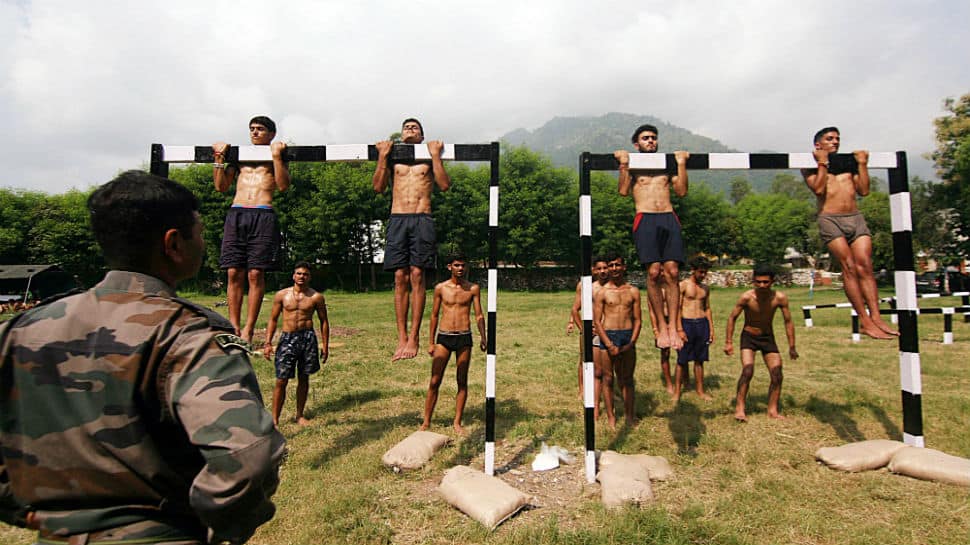 Reasi, Jammu and Kashmir: Hundreds of youths turned out to participate in the Indian Army's recruitment drive here on Tuesday.

Army officials said a total of 29,000 candidates have registered for the recruitment drive. Amidst slogans of 'Bharat Mata Ki Jai', the enthusiastic candidates were seen competing with each other. "We want to be in the Army to show to send a message to stone-pelters, that we want to do something constructive. We, the people of Jammu Kashmir are not less than anyone," a candidate said.

Another candidate said it is his passion to serve India. "Army is the best job. We want to safeguard the country the way we protect our parents," the candidates said.

Army officials have said that the large turnout was as per their expectations. "This is an opportunity for the youth of the region to serve the country. The response is as we expected it to be. As you can see, the motivation, hard work, enthusiasm of the youth and how they are competing," an Army officer said. "A total of 29,000 candidates have registered. We are organising two rallies this year. The other one will be in Samba."

The massive turnout comes after the Centre had announced its decision to abrogate Article 370 which gave special status to the state of Jammu Kashmir.