DNA Exclusive: 'I am the first person to have campaigned for BJP as an actor,' says Mithun Chakraborty

Chakraborty said that his "Cobra" remark was taken out of context and blown out of proportion. 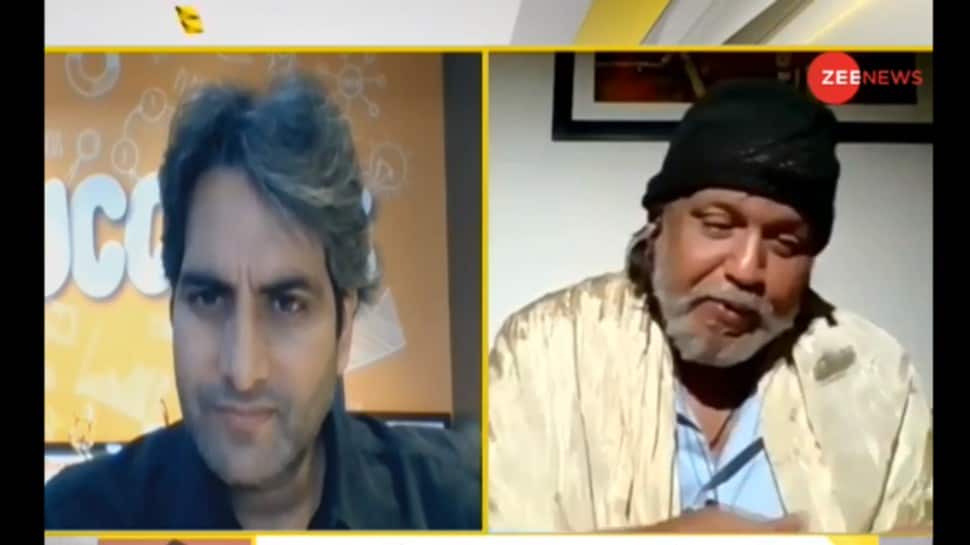 New Delhi: Bollywood actor Mithun Chakraborty, who joined the BJP on Sunday, has given a new colour to the West Bengal Assembly election. In an exclusive conversation with Zee News Editor-in-Chief Sudhir Chaudhary, the veteran actor bares his heart on several issues and clarifies his 'Cobra' statement.

Addressing a rally on Sunday, Chakraborty gave a speech and recited one of his dialogues from a film. Referring to himself as a cobra, the Bollywood actor stated, “I am a pure cobra. You will be finished in one bite. Now, remember the new slogan — 'Ek chhobole chhobi' (One bite and you will become a photo).”

Speaking to Chaudhary, Chakraborty said that the statement was taken out of context and blown out of proportion.

"When TMC supporters speak a similar language, there are no protests but a hue and cry has been created over my dialogue," said Chakraborty.

He advised people to go through his interview before making any comments about him.

Chakraborty claimed that he was the first person to have campaigned for BJP as an actor.

"I am the first person to have campaigned for BJP as an actor. I did it when Balashaheb asked me to. You can ask about this to Prakash Javadekar," he said.

When asked how he managed to adjust with different political parties from Left to Right, Chakraborty said that if one looks closely they will find that the priority for him always has been the welfare of the people.

Chakraborty also talked about his meeting with PM Modi. He expressed happiness that the prime minister showed faith in him.

"PM Modi was very kind to me, he heard me patiently," said Chakraborty. He said that Modi told him that "the BJP government, if it comes to power, will be for all and will give with both hands."

When asked if he might be chief minister of Bengal, Chakraborty laughed and said, "I won't comment on it" and added that he is not the spokesperson of BJP.

"I have no political ambition," Chakraborty said, adding that if higher authorities think so it would be their call.

CJI SA Bobde clarifies on 'will you marry her' statement, says 'have highest respect for womanhood'