"Forty CRPF personnel were martyred (in Pulwama attack). I have doubts about that as well and I am telling you the truth," Farooq Abdullah said 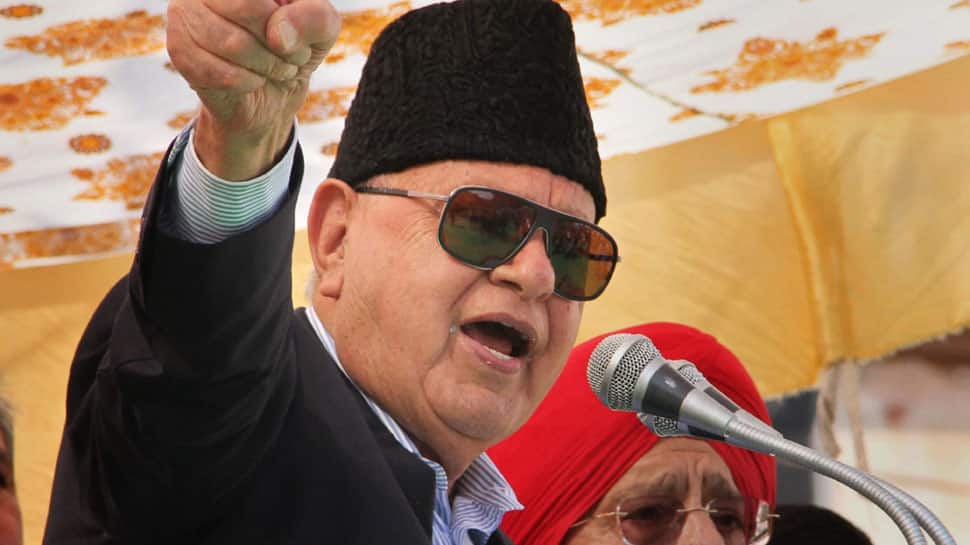 New Delhi: Former Jammu and Kashmir chief minister Farooq Abdullah stirred up a controversy on Saturday when he said that he is "doubtful" that 40 CRPF jawans were killed in the Pulwama terror attack. Speaking at a gathering in Srinagar, Farooq Abdullah also launched a scathing attack on Prime Minister Narendra Modi and referring to Balakot airstrikes, he said that during the last few days in Parliament, several members said that "PM Modi had failed on all fronts and there is nothing to show". He also added that "PM Modi would create a war-like situation to divert the attention of people from the real issues."

"How many Indian soldiers have been killed in Chhattisgarh, did Modi ever go there and pay his tributes? Did he ever sympathise with their families? Has he ever spoken anything on the soldiers getting killed here?" the National Conference chief said, news agency PTI reports.

"Forty CRPF personnel were martyred (in Pulwama attack). I have doubts about that as well and I am telling you the truth," he added.

In the dastardly Pulwama attack, that took place on February 14,  40 CRPF soldiers were martyred. The Jaish-e-Mohammed had claimed responsibility for the attack. The attack also flared up tensions between India and Pakistan.

A day after the attack, the bodies of the jawans were flown to Delhi, where PM Modi and several other political leaders paid homage to the martyrs.

Two weeks after the Pulwama attack, India launched a counter-terror operation in Balakot. On which, Farooq Abdullah said, "PM Modi tried to attack Pakistan, saying we killed 300 (militants) there, some said 500 and some even said 1,000, just to show that he has courage and can do anything."