The 15-member team comprising of eight IAF personnel, four Army personnel, and three civilians were recovered by the IAF choppers to Aalo around 5.15 pm, said the IAF. 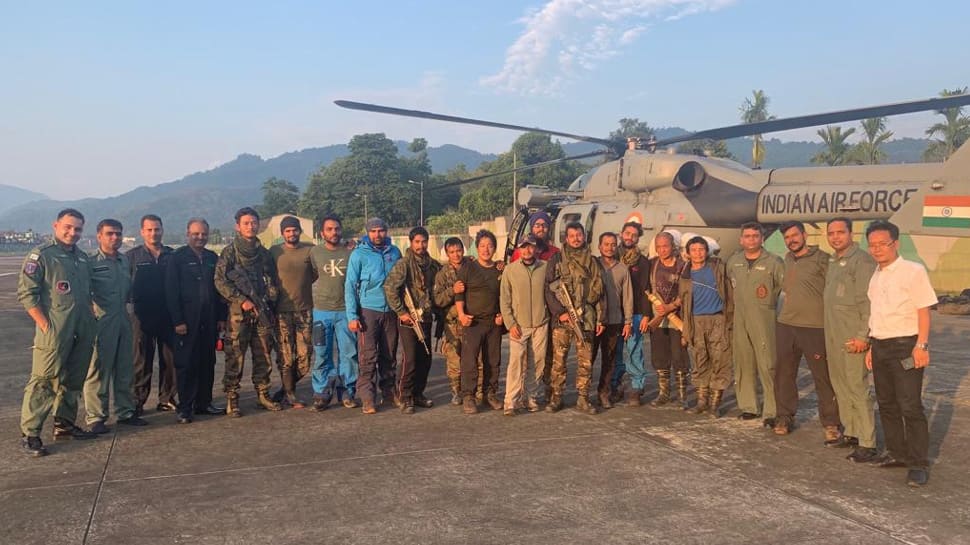 The Indian Air force (IAF) on Saturday evening retrieved all the members of the mountaineering rescue team from the wreckage site of the ill-fated AN-32 aircraft in Arunachal Pradesh, after more than two weeks.

The 15-member team comprising of eight IAF personnel, four Army personnel, and three civilians were recovered by the IAF choppers to Aalo around 5.15 pm, said the IAF. The ALH and Mi-17V5 helicopters were used in the operation. The team had been camping at the crash site since June 12.

The effort to retrieve them was delayed due to the inclement weather and rain which improved slightly on Saturday evening, allowing the risky helicopter operations to be undertaken.

According to the IAF, all the team members are fit and in good health. The IAF thanked the Army, state administration, the Police and local civilians for their "unflinching support in this search and rescue mission".

Earlier in the day, Wing Commander Ratnakar Singh, Defence PRO, Shillong had said, "IAF is making all efforts to retrieve the trekking team and ration among other essentials has been provided to them."

"Several sorties were launched to rescue the team, but excessive cloud cover due to heavy monsoon has prevented helicopter landings. However, we are in constant communication with them through satellite phones," he had added.

The team has been stranded for past 18 days at an altitude of approximately 12,000 feet where it was given the task of recovering the bodies of 13 air warriors who were on board the AN-32 aircraft which crashed in the mountains of Arunachal Pradesh earlier in June.

On June 3, the Russian AN-32 aircraft of the IAF went missing 33 minutes after taking off from Assam's Jorhat. The wreckage was found nine days later.