The MEA further said that there are eyewitness accounts and electronic evidence that Pakistan deployed F-16 aircraft and that one F-16 was shot down by Wing Commander Abhinandan. 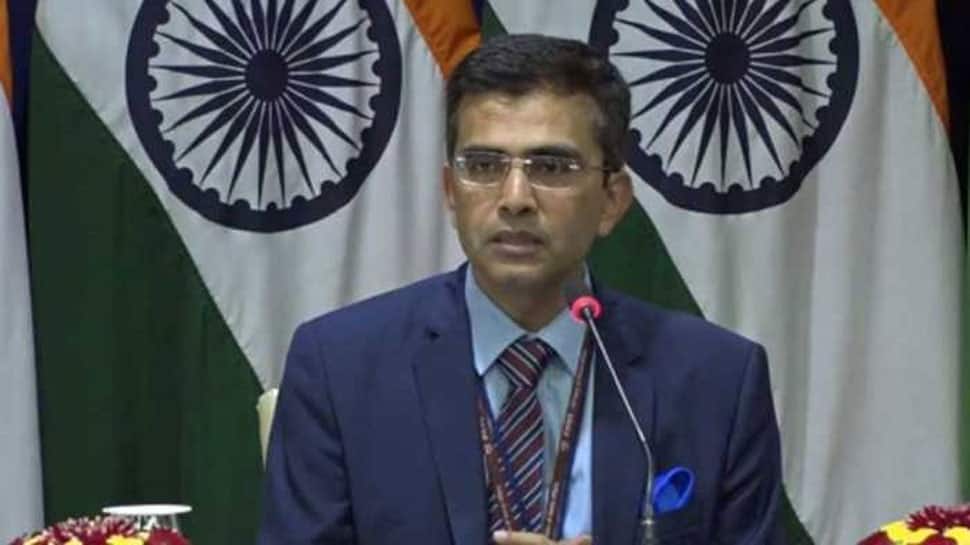 New Delhi: Coming down heavily on Pakistan, India on Saturday said that if the neighbouring country has claimed to be a 'Naya Pakistan' with 'nayi soch' then it should also show 'naya action' against terrorist groups and cross border terrorism.

The MEA further said that there are eyewitness accounts and electronic evidence that Pakistan deployed F-16 aircraft and that one F-16 was shot down by Wing Commander Abhinandan. "We have asked USA to also examine whether the use of F-16 against India is in accordance with terms and conditions of sale," Kumar added.

The Ministry spokesperson emphasised that the IAF airstrike on JeM camps in Pakistan achieved its objective. He slammed Pakistan for backing Jaish-e-Mohammad and said, "It is regrettable that Pakistan still continues to deny Jaish-e-Mohammad's own claim of taking ownership of Pulwama attack. Pakistan Foreign Minister said 'they (JeM) have not claimed responsibility of the attack, there is some confusion' Is Pakistan defending the JeM?"

Speaking on holding Kartarpur Corridor talks, Kumar clarified that the talks do not mean a resumption of bilateral ties. "This is related to the emotions and sentiments of our Indian citizens of Sikh faith," he added.