The IAF will showcase its Chinook transport and Apache attack helicopters for the first time since they were acquired from the US in the last few months. 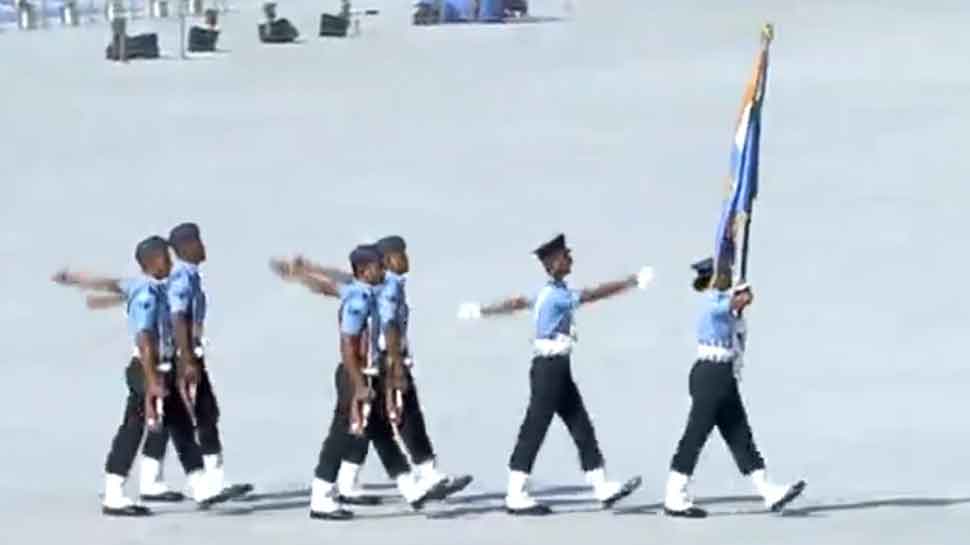 The IAF day is celebrated at Hindon base in Uttar Pradesh's Ghaziabad every year, in the presence of IAF chief and senior officials of the three armed forces. Several IAF transport planes, helicopters and fighter jets will participate in a flypast with Air Chief Marshal RKS Bhadauria in attendance.

The air display will commence with flag-bearing skydivers of the famous Akash Ganga team dropping out of an AN-32 aircraft in their colourful canopies. The ceremony will conclude with a spell-binding aerobatic display.

The IAF will showcase its Chinook transport and Apache attack helicopters for the first time since they were acquired from the US in the last few months. A Russian-origin Sukhoi-30MKI will perform a manoeuvre at the end of the event.

Earlier today, the IAF in a tweet greeted the air-warriors and their families on the occasion of 87th Air Force Day. "#AFDay19: On the occasion of 87th Anniversary, Indian Air Force extends its heartfelt greetings to the courageous air-warriors & their families. The Courage, Valour, Commitment, Dedication & Zeal are inspiration for all," the post read.

The IAF was founded on October 8, 1932, and the force has participated in several crucial wars and landmark missions.