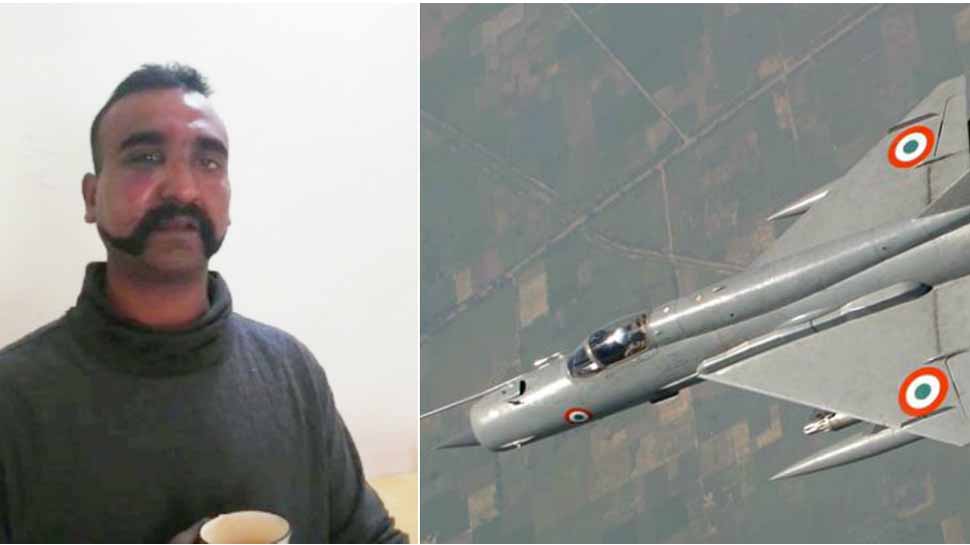 Coimbatore: Wing Commander Abhinandan Varthaman, the Indian Air Force MiG-21 Bison fighter pilot, who shot down a Pakistani Air Force F-16 on February 27 during a dogfight over the Line of Control in Jammu and Kashmir will be back in the cockpit after he is declared to be fully fit following his medical examinations.

IAF chief Air Chief Marshal Birender Singh Dhanoa on Monday clarified that Wing Commander Abhinandan Varthaman will be allowed to fly only after he is medically fit to do so. "We don't take chances with the medical fitness of a pilot. Whether he flies or not depends on his medical fitness and that is why post-ejection, he has undergone medical checkup. Whatever treatment is required, he will be given. Once we get his medical fitness, he will get into fighter cockpit," ACM Dhanoa replied when asked about the IAF braveheart's condition.

Wing Commander Abhinandan, flying a MiG-21 Bison, had engaged a PAF F-16 jet on the morning of February 27, 2019, when the neighbouring country launched an air raid to target Indian military installations in Jammu and Kashmir. During the dogfight Wing Commander Abhinandan shot down the much-advanced F-16 but the IAF jet, too, went down in Pakistan-occupied-Kashmir.

The officer was taken into custody by the Pakistani military after he ejected from the MiG-21 Bison and landed in PoK. He was released and returned to India late on Friday evening after being in Pakistan's custody for almost 60 hours.

An MRI scan revealed that he suffered injuries in his lower spine due to the stress his body had to undergo following the high-speed ejection at a high altitude. The scan also showed that there was an injury in one of his ribs after he was assaulted by the locals in PoK after he landed.