The 'missing man' flypast is an aerial salute to honour the fallen comrades-in-arms. 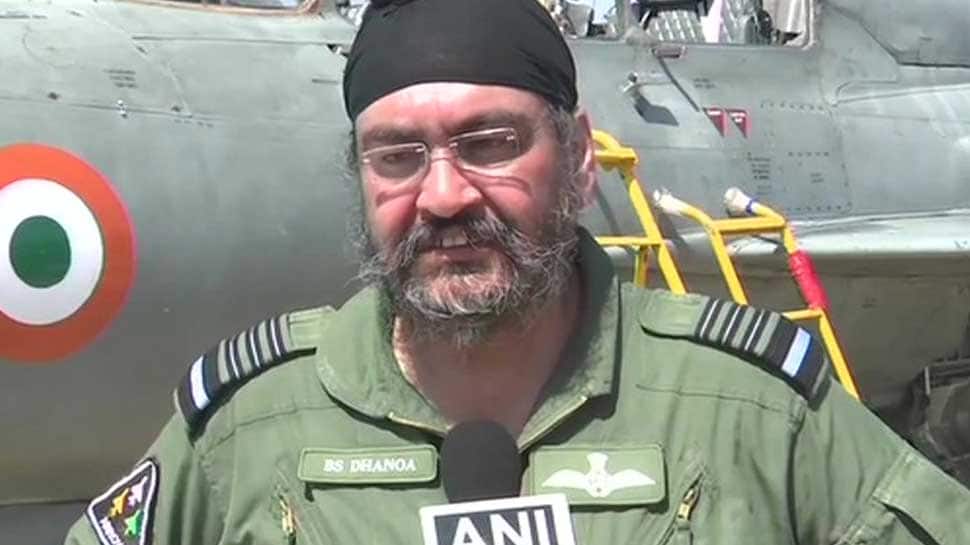 The formation flying was carried out at the Bhisiana air base on the outskirts of Bathinda in which Western Air Command chief Air Marshal R Nambiar also took part.

It is rare for two top IAF functionaries to fly together in a formation. Both were the Kargil veterans as well as the missions during the conflict in 1999.

The 'missing man' flypast is an aerial salute to honour the fallen comrades-in-arms.

The Indian Air Force chief was then commanding the Golden Arrows Squadron based in Srinagar and Squadron Leader Ahuja was the Flight Commander.

Ahuja was awarded the Vir Chakra posthumously for his gallantry during the Kargil conflict.

On May 27, 1999, Squadron Leader Ahuja, who parachuted on the ground, was tortured to death by Pakistani troops.

After the flight, Dhanoa said that the government's decision to buy two squadrons of Rafale was a game changer.

Air Chief Marshal, BS Dhanoa: In 2002 when operation Parakram happened they (Pakistan) didn't have the capability, after that they upgraded their technology but Rafale comes and changes the balance back to us. pic.twitter.com/FcO837ZV09

He said the IAF had enhanced its capability since the Kargil War as well as the precision weapon.

During the Kargil War, only Mirage 2000s had laser designated pods for precision bombing. He said that the inclusion of heavy-lift helicopter Chinook and attack helicopter Apache will further enhance the IAF's capacity.