The IAF and French Armée de l'Air tweeted photos of the pilots in the Rafale and Su-30 MKI aircraft during the exercise. 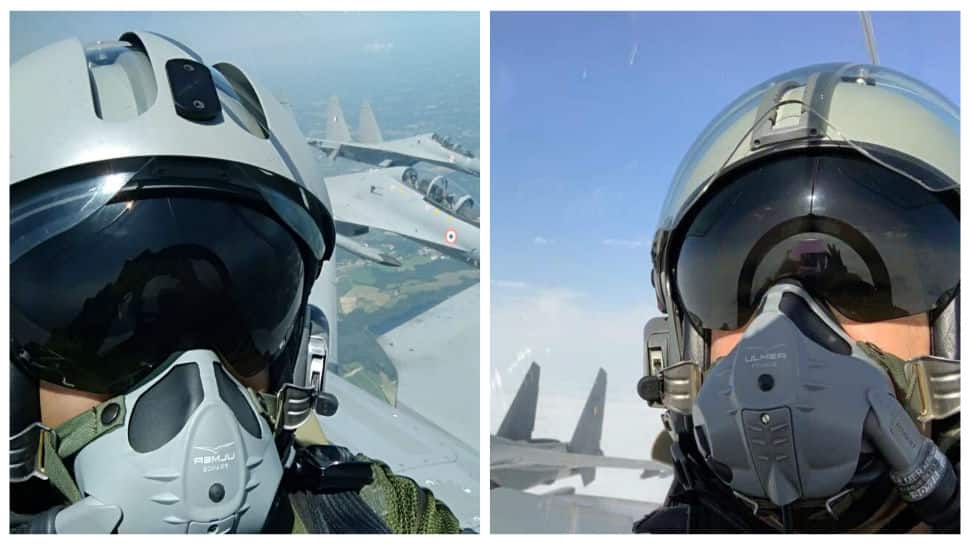 Indian Air Force (IAF) and its French counterpart Armée de l'Air are practising their war-waging skills at the Garuda VI exercise in France. As part of the exercise, IAF fighter pilots have flown the French Rafale jets while the Armée de l'Air personnel have taken to the skies in India's Sukhoi Su-30 MKI aircraft.

Both IAF and Armée de l'Air pilots took selfies while flying in the Rafale and Su-30 MKI jets during the July 1-14 exercise taking place at France's Mont-de-Marsan Air Base. IAF fighter pilot Squadron Leader Sourabh Ambure flew in the Rafale aircraft while a French pilot was in the Su-30 MKI during one of the air drills.

The IAF and French Armée de l'Air tweeted photos of the pilots in the Rafale and Su-30 MKI aircraft during the exercise. According to the IAF, Garuda VI's objective is to share good practices, to enhance interoperability and cooperation between the Indian and French air forces.

#ExGaruda2019 : The objective of Indo-France joint exercise is to share good practices & to enhance interoperability & cooperation between the two Air Forces.

The IAF and French Air Force pilots flew in the Rafale and Su-30 MKI fighters during the integration flying training week which gave an opportunity to the personnel of the two forces to gain experience of the respective aircraft.

A French Air Force Pilot got an opportunity to fly in the Su-30MKI aircraft, during the integration flying training week. pic.twitter.com/RJstvqKZAm

France's Armée de l'Air, too, tweeted photos of Su-30 MKIs flying during the exercise. It also shared a photo of a French pilot inside an IAF Su-30 MKI during a familiarisation flight.

« A french pilot makes a FAM flight aboard an @IAF_MCC Su-30MKI »https://t.co/aZ1AyZTjWg

India has bought 36 Rafale fighters from France and the first jet is expected to join the IAF by September 2019 while the last aircraft will come within two years. So, Garuda VI gives an excellent opportunity to the IAF pilots to familiarise themselves with the Rafale.

The IAF contingent has 120 air warriors and four Su-30 MKI, along with an IL-78 flight refuelling aircraft and a C-17 strategic lift aircraft. According to the IAF, the Garuda VI exercise gives the force a chance to promote professional interaction, exchange experiences and operational knowledge besides strengthening bilateral relations with the French Air Force. It will also provide a good opportunity to the air warriors to operate in an international environment.

Mont-De-Marsan Air Base Commander Colonel Gaudillere had received the IAF contingent on their arrival. The main objective of Garuda VI is to pit the Su-30 MKI in a simulated operational war-fighting scenario along with French Air Force's multirole Rafale aircraft.