A Mi-17V-5 helicopter was immediately airborne to carry out a reconnaissance of the area for ascertaining the scope and type of fire fighting required. 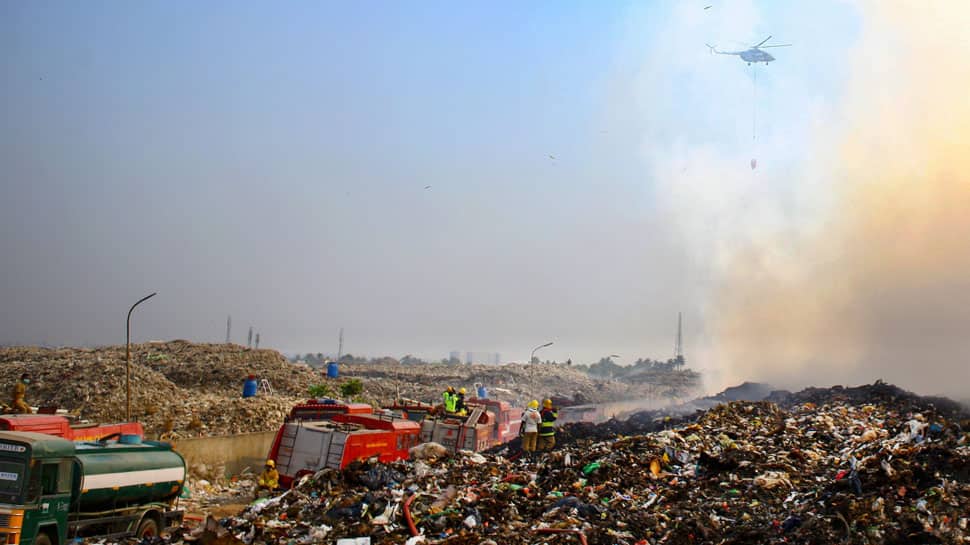 Coimbatore: A major fire broke out at a large garbage dump in Vellaloor on the outskirts of Coimbatore in Tamil Nadu in the early hours of Monday, the Indian Air Force (IAF) issued in a statement. On request from the state administration, 109 Helicopter Unit (HU) based at Air Force Station in Sulur was pressed into service for the fire fighting operations.

A Mi-17V-5 helicopter was immediately airborne to carry out a reconnaissance of the area for ascertaining the scope and type of fire fighting required, read the statement.

Aerial spraying of water by the Mi-17V-5 helicopter from Air Force Station in Sulur using Bambi buckets to extinguish the fire was underway. The Bambi bucket carried by the Mi-17V-5 helicopter is capable of carrying a maximum of 3,500 litres of water at a time which can be replenished with water from any water body with a depth of just two metres, the statement added.