The aircraft had entered the Indian air space from an unscheduled point in north Gujarat. 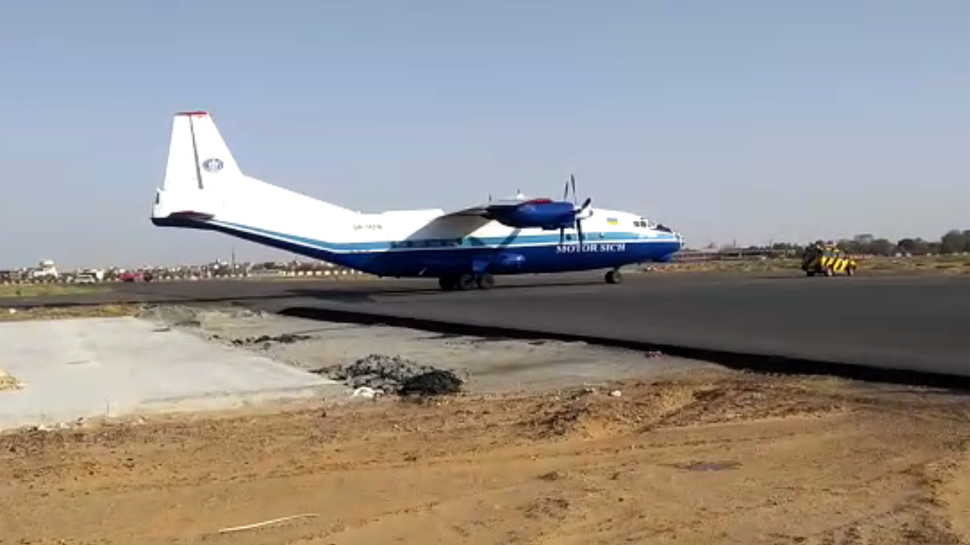 A Georgian heavy cargo plane coming from Pakistani Air space on Friday was forced to land at Jaipur airport in Rajasthan after it violated air route rules. The plane, identified as Antonov An-12, after getting airborne for Delhi from Pakistan's Karachi deviated from it's scheduled flight path. The aircraft then entered the Indian air space from an unscheduled point in north Gujarat 3.15 pm with its IFF (Identification, Friend or Foe) ‘on’.

The aircraft did not follow the authorised Air Traffic Services (ATS) route and was not responding to radio calls from Indian agencies. Since ATS routes in the area were closed due to the current geopolitical situation, and the aircraft entered Indian air space from an unscheduled point, the Air Defence interceptor on operational readiness was scrambled and vectored towards the aircraft for investigation. The aircraft was successfully intercepted by highly alert defence IAF jets and forced to land at Jaipur airfield.

The aircraft neither responded on international distress frequency nor to visual signals during interception. However, when challenged, the aircraft responded and informed that it was a non-scheduled An-12 aircraft that had got airborne from Tbilisi (Georgia) for Delhi via Karachi. The plane was flying at twenty-seven thousand feet.

The flight was scheduled but the route was wrong. The pilot is being questioned and the plane scanned. The police officials arrived at the airport and the CISF officials questioned. The plane was escorted by two Sukhoi fighters.

The aircraft was shadowed and forced to land at Jaipur for necessary investigation.