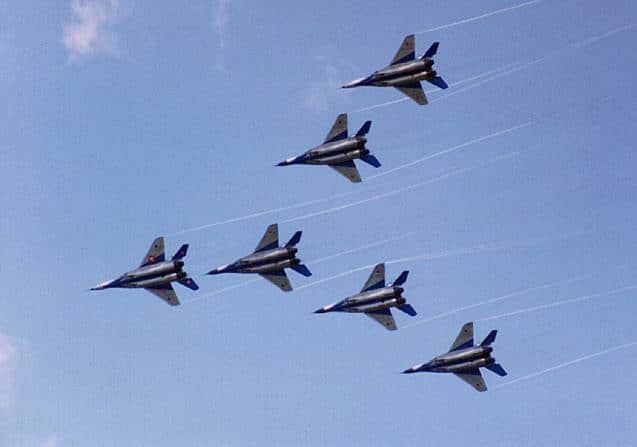 Indian Air Force (IAF) is not facing a shortage of pilots and the available strength in the force is sufficient to meet the current operational requirements. Minister of State, Defence, Shripad Naik in a written reply to Ramcharan Bohra in the Lok Sabha on Wednesday said that the IAF has a system in place to motivate youngsters in joining the armed force

"The available strength of pilots in the IAF is sufficient to meet the current operational requirements. Every year, the IAF participates in a number of career fairs/exhibitions, releases advertisements in newspapers/television and conducts numerous lectures in schools and colleges to motivate the target group," said Naik in the reply. Naik added that there are adequate aircraft for training the IAF pilots. These include the Basic Trainer Aircraft, Intermediate Jet Trainer and Advance Jet Trainer.

Air Force cadets undergo the Stage-1 training on Pilatus PC-7 Mk-II aircraft at the Air Force Academy (AFA), Begumpet in Hyderabad. On completion of Stage I at AFA, the trainees are trifurcated.

On completion of Stage-II, the trainees are commissioned and awarded wings. After commissioning, the fighter trainees move to Stage-III at Bidar for further six months on Hawk single-engine, jet-powered advanced trainer aircraft followed by another six months at Kalaikunda in West Bengal before moving on to operational squadrons.

Trainees who join the IAF Flying branch are either from the National Defence Academy, Khadakvasla or direct entry cadets. Proficient young airmen are also encouraged to become pilots after their selection for the same.