Group Captain Sandeep Singh Chhabra has been hailed for his enormous and regular efforts in landing  IL-76MD in challenging airfields of Leh and Thoise. 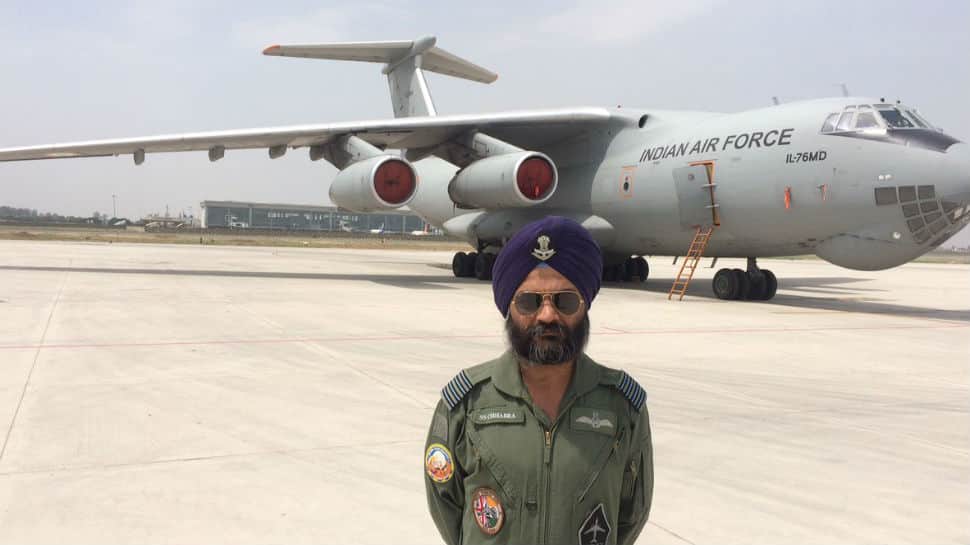 It requires a high degree of skill and extreme precision to land a military aircraft in the challenging airfields of Leh and Thoise. Group Captain Sandeep Singh Chhabra has both in ample quantities and was recently hailed by the Indian Air Force for completing 1000 incident-free landings here.

Flying IAF's IL-76MD, the braveheart pilot on Wednesday completed 1000 safe landings at the  Leh and Thoise airfields which are at an elevation of 10,000 feet. Both airfields are surrounded by extremely challenging terrains which make them among the toughest in the world. This is especially true for an aircraft the size of IL-76 which are mammoth and designed for airlifting heavy machinery to remote locations. Some of these aircraft are also used as refuelling tankers.

For Group Captain Chhabra, who has over 8500 hours of flying experience, flying these aerial fortresses comes quite naturally considering that 5000 hours of his total flying experience has come from being inside the IL-76/78. In addition, the officer is only one of a few who has been cleared for operations at Leh and Thoise airfields at night.

Commissioned into the transport stream of IAF in 1992, Group Captain Chhabra initially flew AN-32 twin-engine transport aircraft in the hilly - and challenging - regions of Uttarakhand and in the country's north-eastern states before switching to the bigger IL-76/78s. He is presently posted to an IL-78 squadron.

Saluting his achievement, the Indian Air Force said that Group Captain Chhabra is an invaluable asset in safeguarding the country. "His contribution has been immense and consistent in supporting the armed forces deployed in the Northern Frontiers of our nation."

#Congratulations : On 30 Apr 2019, Gp Capt SS Chhabra achieved a milestone by executing 1000 incident free landings on IL-76MD aircraft at Leh/Thoise. His contribution has been immense & consistent in supporting the armed forces deployed in the Northern Frontiers.
More on: FB/IAF pic.twitter.com/qIc0GZUveV