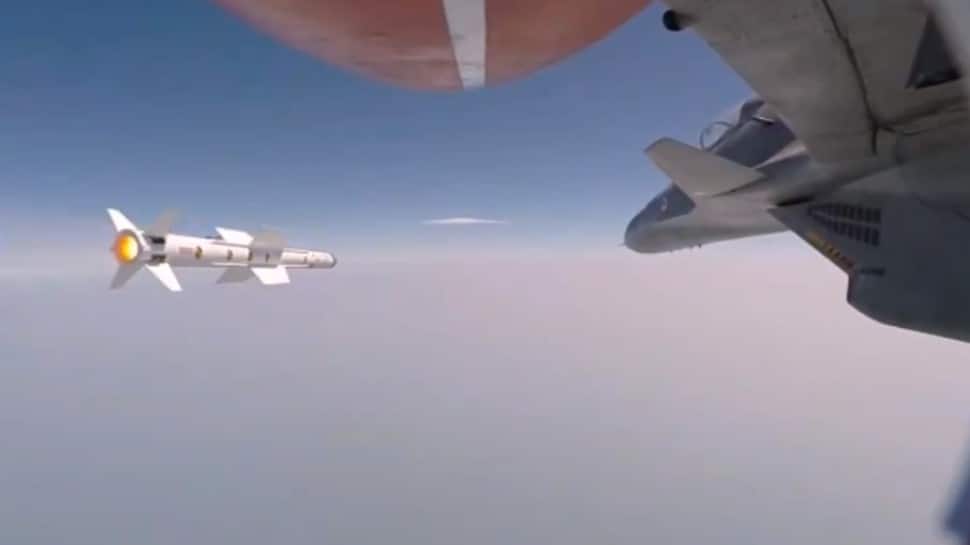 With the aim of arming Indian Air Force (IAF) fighters with a lethal and state-of-art Beyond Visual Range Air-to-Air Missile, Defence Research and Development Organisation (DRDO) in the last three days successfully test-fired Astra five times from the Sukhoi Su-30MKI combat jet off the coast of Chandipur in Odisha. The five test-firings of Astra were held from September 16 to 19, 2019.

The Su-30MKI fired Astra against Jet Banshee which has been imported from the United Kingdom for target practice. According to the DRDO Jet Banshee simulated all possible threat scenarios and the Su-30MKI was able to hit the target aircraft successfully.

All five Astra tests were carried out in different configurations. While three test-firing involved Astra missile being launched in combat configuration with warhead and manoeuvring targets were neutralised which established that the indigenous BVRAAM had mastered the end game capability. One test-firing was a direct hit of Jet Banshee by the telemetered missile at its maximum range of almost 100 kilometres.

"All the subsystems performed accurately meeting all the mission parameters and objectives. Astra BVRAAM has a range of more than 100 kms with modern guidance and navigation techniques. The missile has midcourse guidance and RF seeker based terminal guidance to achieve target destruction with pinpoint accuracy," the Defence Ministry said in a press release.

While congratulating "Team Astra" for developing a lethal and formidable BVRAAM, DRDO Chairman and Department of Defence Research & Development Secretary Dr G Satheesh Reddy said that several technologies developed under the programme will become the building blocks in developing of future variants of Air-to-Air and Surface-to-Air missiles for the Indian defence forces.

Apart from the DRDO and Hindustan Aeronautics Limited (HAL), which made the required changes in the Su-30MKIs to integrate Astra, over 50 other public and private companies were involved in developing and manufacturing Astra. Rest of the fighters in the IAF fleet -  Mirage-2000, Mikoyan Gurevich MiG-29 and Light Combat Aircraft CA Tejas - will also be modified to carry Astra.