The exercise will take place at the Pokhran range in Rajasthan on February 16. 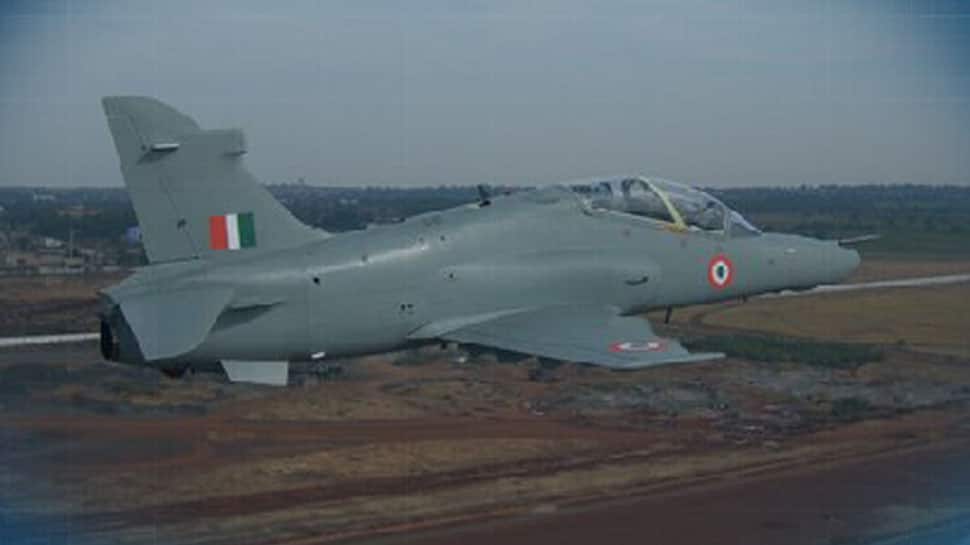 The Indian Air Force (IAF) will demonstrate the Hawk MK132, a single-engine advanced jet trainer aircraft, in its all-weather day-dusk-night operations at its exercise Vayushakti 2019.

The exercise will take place at the Pokhran range in Rajasthan on February 16.

The Hawk was inducted into the IAF in 2004. Besides training, the aircraft can fire a variety of weapon. It can engage pinpoint or area targets depending upon the type of warhead used.

A basic advance jet and also a weapons trainer, the Hawk is of BAE Systems, UK, origin.

The aircraft has accommodation of two seats--one for the pupil and the other for the instructor in tandem.

It is powered by a Rolls-Royce ardour Mk.871, twin spool turbofan engine.

The armament is a seven-station weapons platform that includes--rockets, missiles and practice bombs.

"The 7th edition of the Fire Power Demonstration (FPD) of the Indian Air Force will showcase all weather day-dusk-night operations on 16 Feb at Pokhran range, Rajasthan," the IAF had tweeted sharing a video which gives a glimpse of the demonstration.

The full dress rehearsal of the Fire Power Demonstration (FPD) that was scheduled to take place on February 13 has been postponed to February 14.

MiG-27, Jaguar ground attack deep penetration fighter aircraft and Asia's top fighter jet Sukhoi Su-30MKI will also be seen in action at the VayuShakti 2019. At the IAF exercise, the Mi-17 V5 medium-lift attack helicopter will also unleash its firepower. The Mi-17 V5 helicopter is an upgrade of the Mi-17 helicopter.

At the exercise, there will be a firepower demonstration to showcase the ever-increasing potential of IAF's combat platforms and to assure the citizens its ability to safeguard India’s national interests.