The first batch of the Boeing AH-64E Apache Guardian Attack Helicopters arrived in India in July at the IAF Hindon Airbase in Ghaziabad. 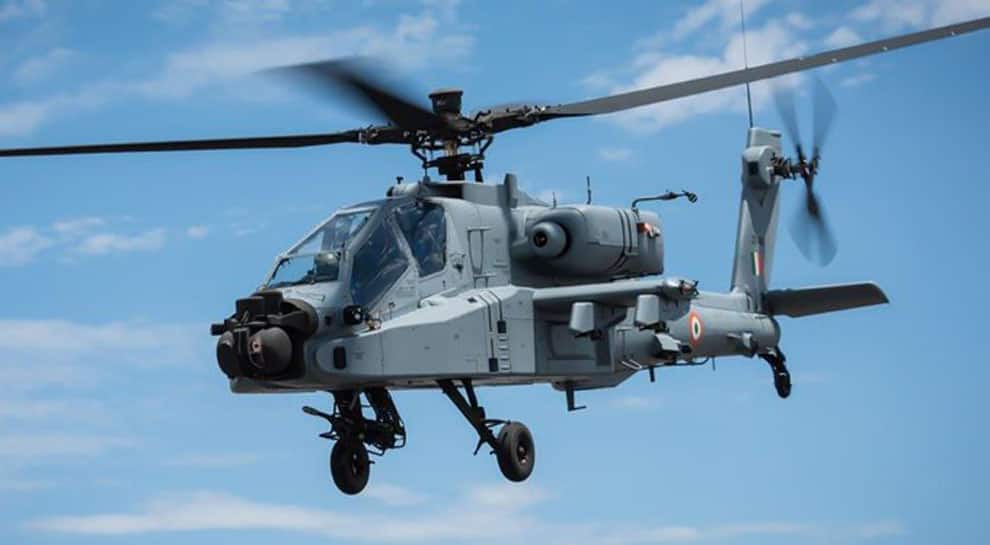 In a major boost for the Indian Air Force (IAF), Boeing AH-64E Apache Guardian Attack Helicopters will be inducted into service at Pathankot Air Force Station on Tuesday. Air Chief Marshal B S Dhanoa will be the chief guest during the induction ceremony.

The helicopters will replace the Mi-35 choppers stationed in Pathankot and Group Captain M Shaylu will command the squadron.

The AH-64 Apache is used by the widely by the US Army and a number of defence forces of other countries. This attack helicopter is equipped with a 30-mm machine gun and is capable of firing up to 1,200 rounds at a time. The AH-64 Apache helicopter comes equipped with the anti-tank Hellfire missile, which is believed to be capable of destroying a tank. As an additional weapon, a Hydra Unguided Rocket, capable of perfect execution of any target on land, is also installed. The helicopter can fly at a speed of 150 nautical miles per hour, which helps it to reach the enemy at a tremendous speed in the air.

The helicopter is also capable of carrying out precision attacks at standoff ranges and operate in hostile airspace with threats from the ground. The ability of these helicopters, to transmit and receive the battlefield picture, to and from the weapon systems through data networking makes it a lethal acquisition. Experts maintain that the induction of Apache attack helicopters will provide a significant edge in any future joint operations in support of land forces and also help India in fortifying its border with Pakistan.