IAF's C-17 transporter aircraft took off from the Hindon Air Force base for Srinagar. 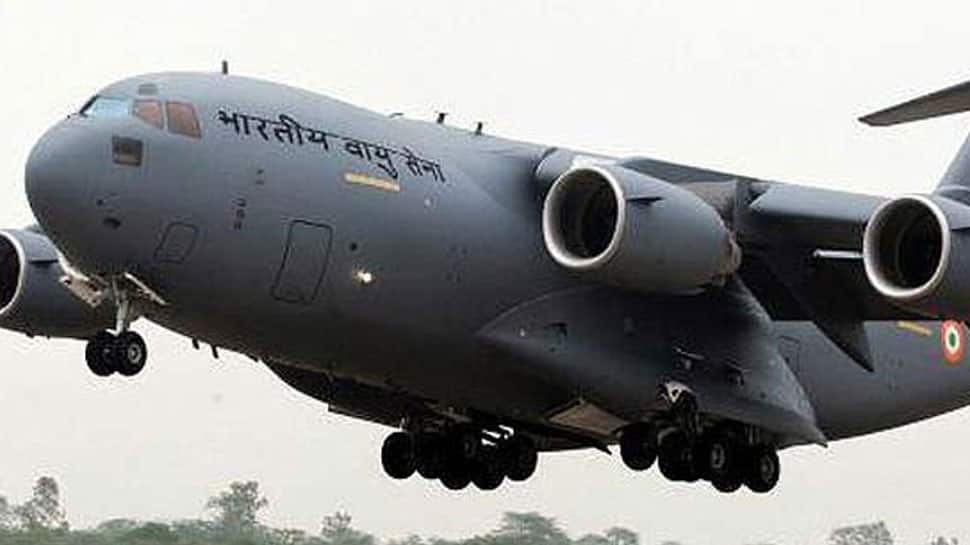 According to reports, IAF's C-17 transporter aircraft took off from the Hindon Air Force base for Srinagar a short while ago.

Indian Air Force C-17 to go to J&K's Srinagar from Hindon to get the mortal remains of CRPF personnel killed in #PulwamaAttack.

According to reports, the mortal remains of CRPF personnel who lost their lives in the Pulwama attack were brought to the CRPF camp in Budgam.

Jammu & Kashmir: Mortal remains of CRPF personnel who lost their lives in #PulwamaAttack yesterday, at CRPF camp in Budgam. pic.twitter.com/h4XoD5tC7o

The mortal remains of the martyrs will be brought to the national capital from where they will be flown to their respective native places for their last rites.

PM Modi and all three services chiefs will also observe a 2-minute silence and place a wreath as a mark of respect to the fallen CRPF toopers.

While a majority of the 37 bodies have been identified, some of them have been mangled beyond recognition.

A Home Ministry official said arrangements have been made to hand over the bodies to the families.

The ruling BJP has, meanwhile, cancelled all political programmes of its top leaders, including Prime Minister Narendra Modi and party President Amit Shah, scheduled for Friday following the terror attack on CRPF personnel in Kashmir.

At least 40 CRPF personnel were killed and five injured on Thursday in one of the deadliest terror attacks in Jammu and Kashmir when a Jaish-e-Mohammed (JeM) suicide bomber rammed a vehicle carrying over 100 kg of explosives into their bus in Pulwama district.

Prime Minister Narendra Modi, who spoke to Union Home Minister Rajnath Singh and top officials after the attack, termed it despicable and asserted that the sacrifices of security personnel will not go in vain.

The Cabinet Committee on Security (CCS) also met on Friday to discuss the security situation in Jammu and Kashmir against the backdrop of the attack.

Nation-wide protest ensued in different parts on the country against the merciless killing of as many as 44 CRPF personnel on Thursday in one of the worst suicide attacks on the security forces in Jammu and Kashmir`s Pulwama district.

A large number of youths protested in Jammu and Kashmir over the incident. "We are protesting against the killing of our 40 CRPF jawans. This is shameful. There should be stern actions now, there should be another surgical strike," some protesters said.

Similar protests were reported from states like Maharashtra, Uttar Pradesh, Rajasthan, Madhya Pradesh where protesters condemned the Pulwama suicide attack in the strongest terms and demanded justice for the martyred CRPF troopers and their families.