Minister of Defence (State) Subhash Bhamre has told Parliament that SU-30MKI has a higher cost of manufacturing due to a number of factors. 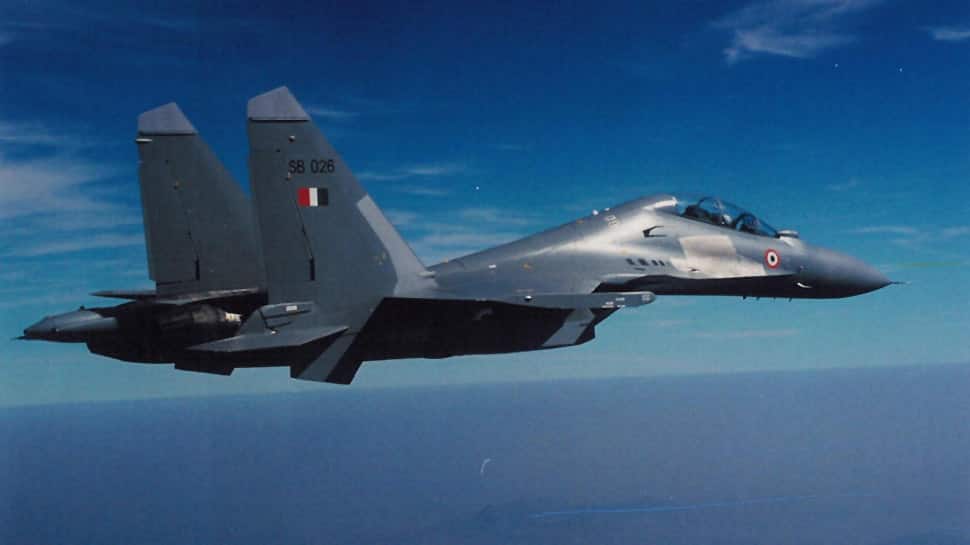 New Delhi: India specific modifications, transfer of technology and low volume of production have ensured that indigenously manufactured Indian Air Force's Sukhoi Su-30MKI fighters are costlier than Russian Su-30 jets. Minister of Defence (State) Subhash Bhamre in a written reply to the Lok Sabha on Wednesday said that the IAF Su-30MKI and Russian Su-30 are not the same planes, hence, one to one comparison of cost may not be appropriate.

Elaborating further, Bhamre added that the SU-30MKI has a higher cost of manufacturing due to following factors:-

1) Additional modifications are incorporated in the indigenous Su-30MKI to enhance the operational capability and to suit Indian   Air Force (IAF) requirements.

2) Being a Transfer of Technology (ToT) programme, cost is involved towards payment of license fee to Russian side.

3) Owing to the low volume of production of Indian SU-30 MKI as compared to Russian SU-30, economies of scale come into play.

4) Import of raw materials and proprietary components from Russia involves dependency on Russian Original Equipment Manufacturers (OEMs) for the offered kit costs, which are not proportionate with the kit contents.

He, however, added that indigenous manufacturing of an advanced fighter has helped in creating advanced skill sets in India, self-reliance and will ultimately result in lower Life Cycle Cost and reduced dependency on OEM on repair & maintenance and faster turn-around time and quick support to IAF bases.

The cost of the indigenous Su-30MKI are likely to come down in the future if Hindustan Aeronautics Limited (HAL) gets new order for bulk production of the twinjet multirole air superiority fighter.

While the first Russian made Su-30MKI entered service with the IAF in 2002, the first indigenous fighter joined the service in 2004.

The Su-30MKI has several India specific features and avionics along with French and Israeli systems which makes the jet an extremely potent fighter.