The IAF Sukhoi Su-30MKIs on a sortie in the Northeast managed to track Chengdu J-20 fighters being operated by the People’s Liberation Army Air Force (PLAAF) over Tibet. 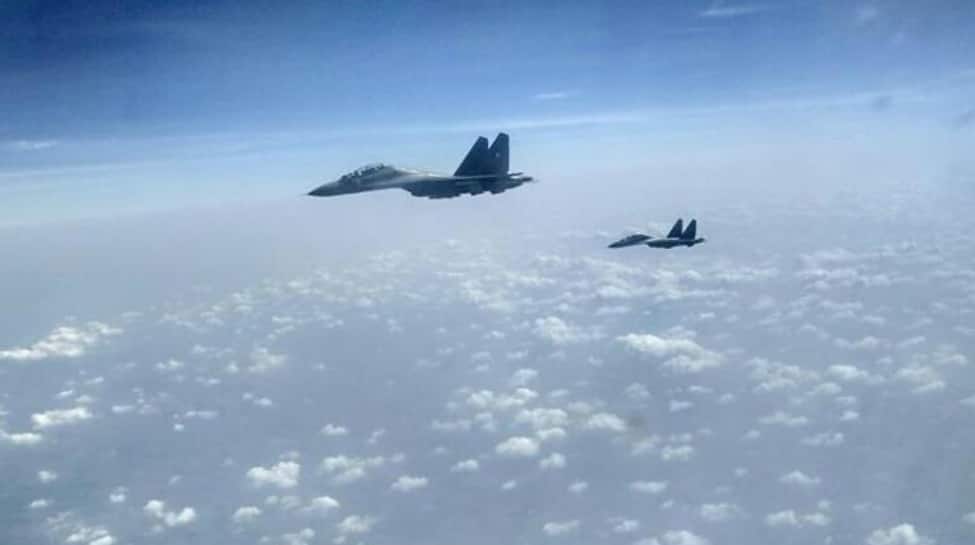 Indian Air Force can track and detect the state-of-art Chinese Chengdu J-20 fighters, which is reported to have stealth capabilities. The Sukhoi Su-30MKI radar can see the Chengdu J-20 hundreds of kilometres away, according to the IAF. India is planning to upgrade the Su-30 MKIs with Russian Phazotron Zhuk-AE Active electronically scanned array (AESA) radars which can track 30 targets and engage six of them simultaneously.

According to the Indian Defence Research Wing, the IAF Su-30MKIs on a sortie in the Northeast managed to track Chengdu J-20 fighters being operated by the People’s Liberation Army Air Force (PLAAF) over Tibet. IAF chief Air Chief Marshal Birender Singh Dhanoa said the "Su-30 radar is good enough and can pick it (J-20) up from many kilometers away". He made the comment a couple of months back when asked if the J-20 which was "invisible to the radar" could be a threat.

The top IAF commander expressed confidence that the IAF was on a strong wicket and the new assets with the force were more than adequate to take on the Chengdu J-20. He added that his force was more than capable of matching the Chinese Air Force as the former has several limitations because their airstrips are located on a very high altitude.

The Chinese have been building up their infrastructure to allow their fighters to take off from runways in Tibet even though the high altitude means that the jets have several limitations in terms of fuel and weapons payload. India has been countering the Chinese buildup by basing its frontline Su-30 MKIs in the northeast.

Air Chief Marshal Dhanoa had said that IAF's 13-day long wargame Gagan Shakti 2018 had achieved more than its objectives while adding that the mega exercise was not against any country in particular. The IAF finetuned its response and practiced scenarios where nuclear or chemical attacks have been carried out. Gagan Shakti 2018 also saw the IAF move its assets rapidly between the eastern and western sectors.

The 13-day Gagan Shakti 2018 exercises also saw the extensive testing of the newly-inducted homemade HAL Tejas supersonic fighter jet. Check the combat capability of the Tejas and its performance was a key area of focus of the exercises.